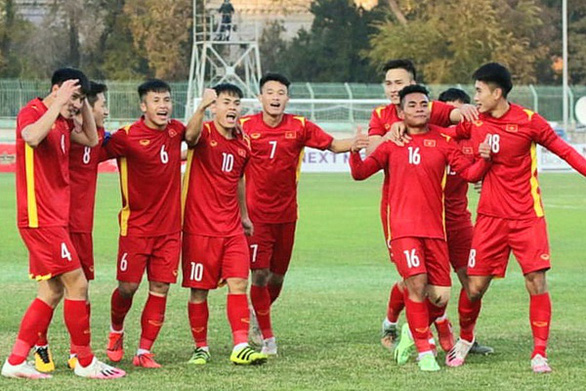 Vietnam beat Myanmar to qualify for U23 Asian Cup finals

Vietnam edged out Myanmar 1-0 on Tuesday evening to make it through to the 2022 AFC U23 Asian Cup as the Group I winners.

Vietnam, who had defeated Taiwan 1-0 in their opening match, headed into the top-spot decider with strong determination despite knowing that a draw would be enough to secure them a slot in next year’s finals.

The first half turned out to be an evenly-fought contest with neither side being able to find a way through.

The Vietnamese players’ impatience and fierceness cost them a lot of mistakes, including two yellow cards given to striker Tran Van Dat and defender Lieu Quang Vinh in the first half.

After a number of missed opportunities, Park’s side successfully broke the deadlock in the 59th minute when they were awarded a free kick on the right wing.

The opener relieved pressure off the Vietnamese players and encouraged them to play more confidently while prompting Myanmar to focus on attacks and reveal their many defensive weak spots.

Vietnam would have added a second if Tran Van Dat, Le Van Do, and Ho Thanh Minh’s efforts were not comfortably handled by Myanmar goalkeeper Pyae Phyo Thu.

With just 10 minutes left, Myanmar were reduced to 10 men after Aung Wunna Soe was shown a straight red card for his brutal foul on Ly Cong Hoang Anh under the referee’s nose.

The Golden Stars made use of the numerical advantage to defend the score until the final whistle.

The second consecutive win put Vietnam on top of Group I with six points and earned them a spot in the 2022 AFC U23 Asian Cup finals, scheduled to take place in Uzbekistan from June 1 to 19, 2022.

A total of 16 teams will compete in the final tournament, including hosts Uzbekistan, and eleven group winners and the four best runners-up of the 2022 AFC U23 Asian Cup qualification.