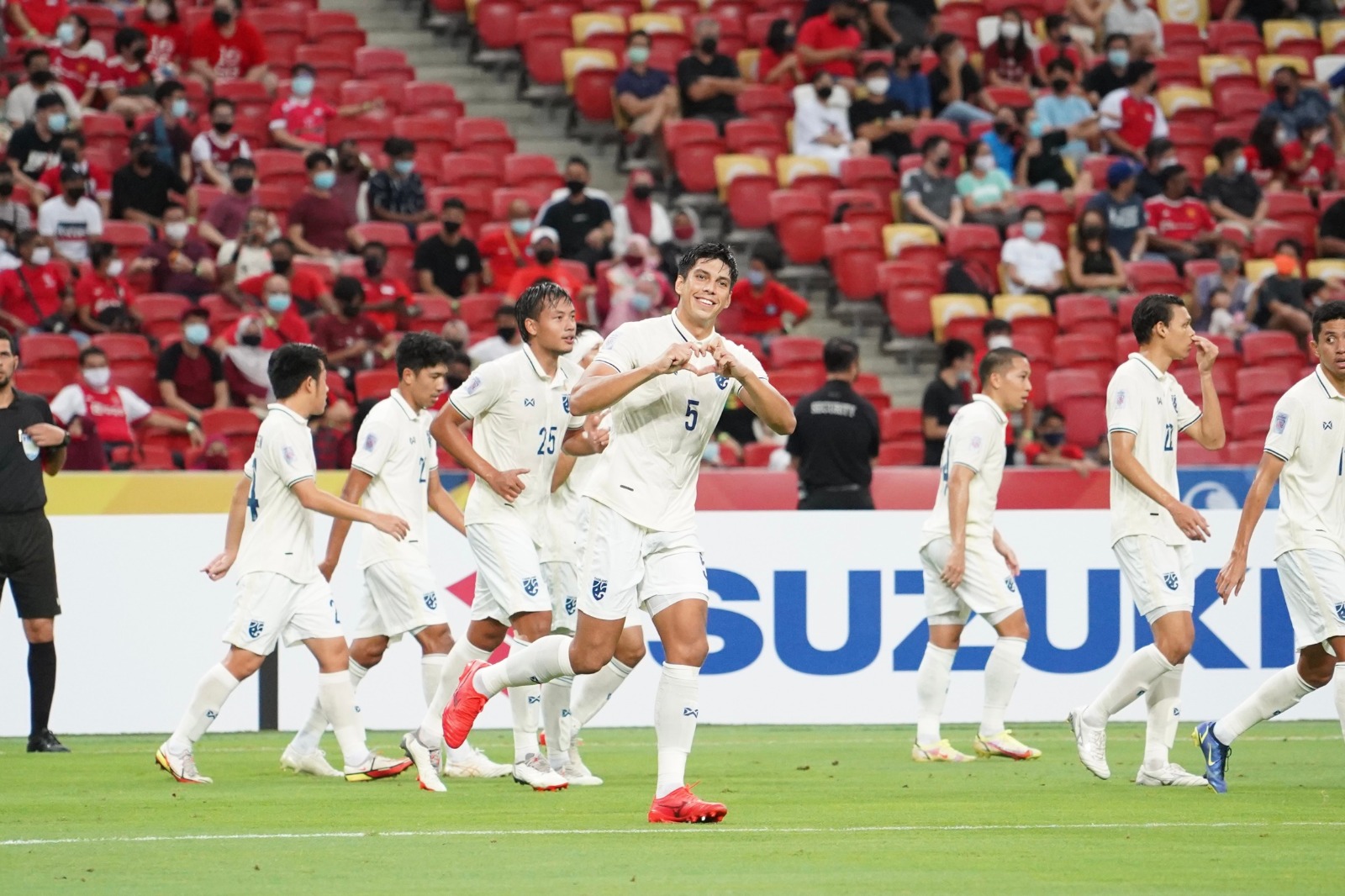 Thailand handed Suzuki Cup hosts Singapore a 2-0 defeat on Saturday to maintain their unbeaten record in Group A of the Southeast Asian championship with both nations already through to next week's semi-finals.

Neither side had dropped a point in their three games prior to the final round of group matches, and first-half goals from Elias Dolah and Supachai Chaided ensured Mano Polking's side maintained their perfect record in this year's competition.

The win means the five-time champions finish three points ahead of Singapore and will face the Group B runners-up in the last four while the hosts take on the winners of the section.

Defending champions Vietnam are due to face Cambodia while Malaysia and Indonesia meeet on Sunday to determine the top two spots in Group B.

Indonesia, who have seven points, currently lead the Group B standings on goal difference from Vietnam while Malaysia are a point behind in third.

Dolah sent Thailand on their way to victory with the opener in the 31st minute, reacting quickest to score from close range when goalkeeper Hassan Sunny was unable to deal with Bordin Phala's free kick from distance.

Two minutes into first-half added time the Thais doubled their lead when Supachai slotted into the bottom corner after latching on to Worachit Kanitsribumphen's through ball.

The tournament had originally been scheduled for last December, but was postponed because of the COVID-19 pandemic.

A centralised format in Singapore is being used as entry restrictions put in place around the region meant it was not possible to play the competition on a home-and-away basis.