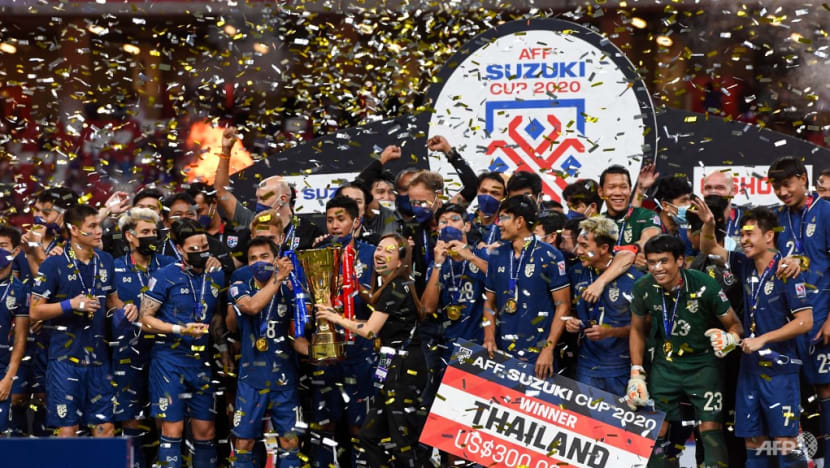 Thailand secured a record sixth Southeast Asian title after a 2-2 draw with Indonesia in Saturday's second leg of the Suzuki Cup final earned the War Elephants an emphatic 6-2 aggregate win.

Egy Mualana's late equaliser earned Indonesia a 2-2 draw on Saturday but that was not enough to stop Thailand's charge towards their first title in the competition since 2016.

Leading 4-0 after the first leg, Mano Polking's side were given an early scare when Ricky Kambuaya scored Indonesia's opener seven minutes into the second leg at Singapore National Stadium.

The goal gave the Indonesians, who have never won the title and were appearing in a sixth final, a glimmer of hope as Siwarak Tedsungnoen allowed the low shot from the edge of the area to squirm out of his hands and spin over the line.

But two goals in two second-half minutes snuffed out any chance of a comeback for coach Shin Tae-yong and his team, with Adisak Kraisorn levelling before Sarach Yooyen put the Thais in front.

With 10 minutes remaining Egy pulled Indonesia level with a shot across Siwarak that found the bottom corner, but it was not enough to spark a late and unlikely revival.

The competition, which had been postponed due to the COVID-19 pandemic, was being played as a centralised competition in a biosecure bubble in Singapore.