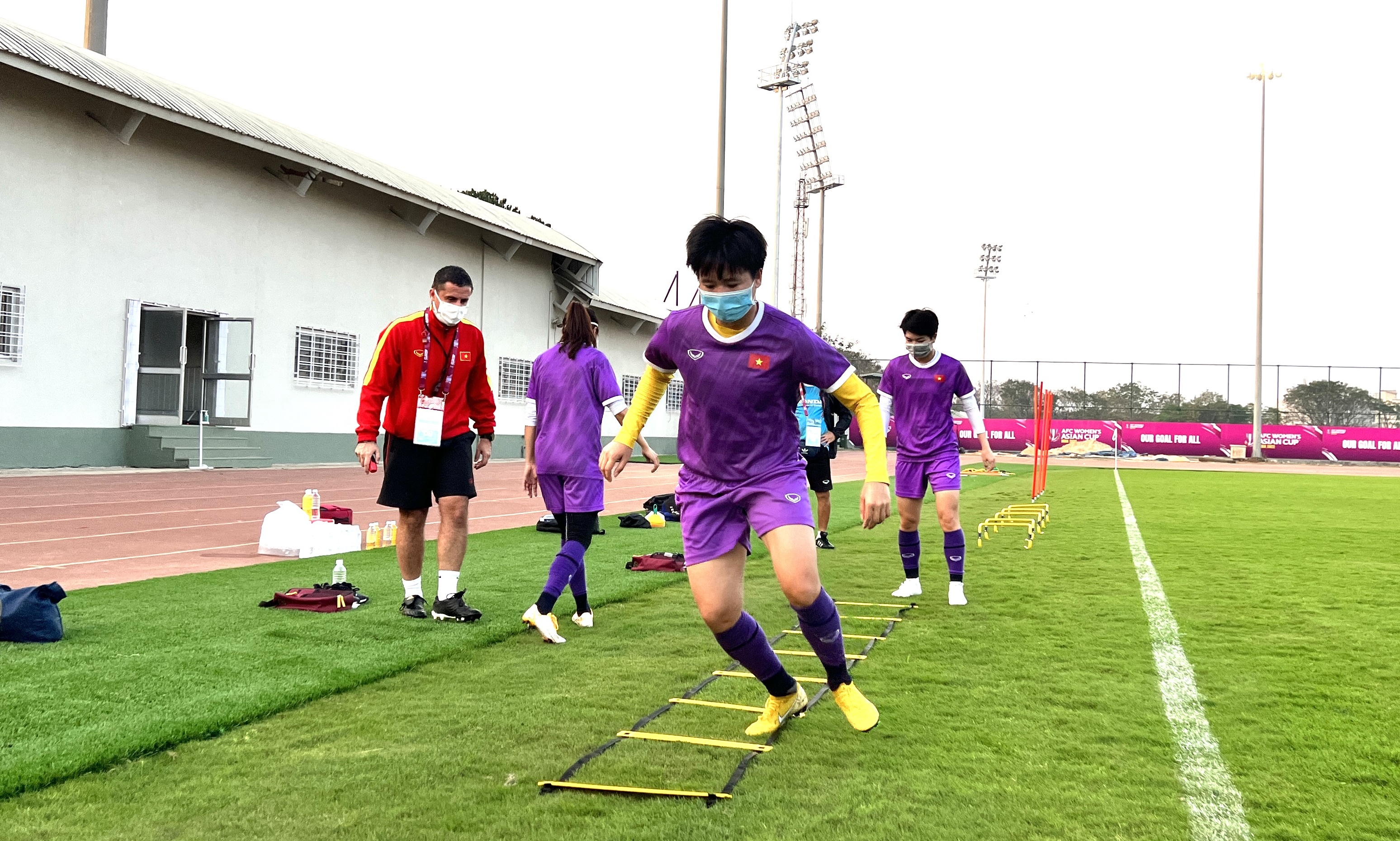 Vietnam are determined to overcome the sidelining of several players due to COVID-19 in their match against South Korea on Friday in Group C at the 2022 AFC Women’s Asian Cup in India.

The game will be aired live at 9:00 pm on national channels VTV5 and VTV6, as well as on the FPT Play platform.

Experts have predicted that Vietnam will likely fall short of their victory dreams to South Korea's dominance on the pitch.

In addition, the Vietnamese team are at a manpower disadvantage, with 13 out of 14 members who arrived in India from Spain on Thursday having just recovered from COVID-19, while the other still carries the coronavirus.

Meanwhile, three out of six other players who reached India on January 16 tested positive for COVID-19 on Thursday.

Despite so much sickness on the team, the players are determined to try their best to make it into the quarterfinals.

The AFC Women’s Asian Cup is a quadrennial competition in women’s football for national teams which belong to the Asian Football Confederation (AFC), with this year’s edition scheduled to take place in India from January 20 to February 6.

Vietnam are placed in Group C at this year’s championship, alongside Japan, South Korea, and Myanmar.

Group A includes India, China, Chinese Taipei, and Iran while Group B includes Thailand, the Philippines, Australia, and Indonesia.

After the group stage, the top eight squads will qualify for the quarterfinals.

The tourney will also serve as the final stage of the Asian qualification for the 2023 FIFA Women’s World Cup, with the top five teams advancing directly and the next two teams booking spots in the inter-confederation play-offs.

A World Cup spot is a challenging target Vietnam head coach Mai Duc Chung, whose players will compete in a considerably tough group with strong opponents, such as Japan and South Korea.

That goal now seems more onerous, given the spread of COVID-19 on the team.