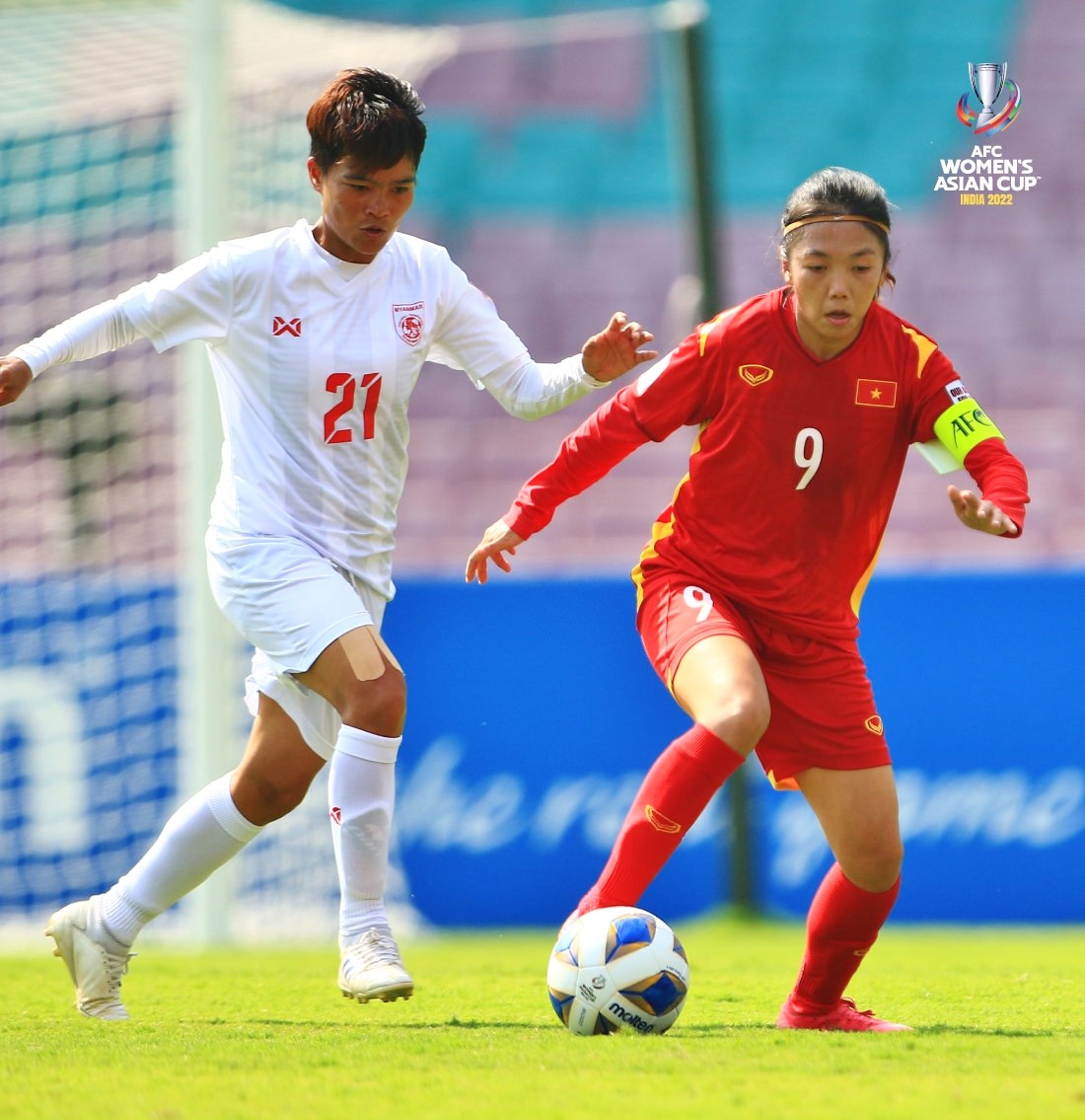 Vietnam have advanced to the quarterfinals of the AFC Women’s Asian Cup India 2022 as one of the two best third-placed teams after holding Myanmar to a 2-2 draw in their Group C tie at the D.Y. Patil Stadium in Navi Mumbai on Thursday.

Vietnam came from behind twice to salvage a point and finish third in their group.

Before the game, Vietnam only needed a draw to proceed while Myanmar had no choice but to win after each of the Southeast Asian representatives had suffered two defeats against Japan and South Korea.

Myanmar started the more aggressive of the two sides and put continuous pressure on Vietnam right at the start, creating many chances in the first 25 minutes.

Win Theingi of Myanmar scored the first goal from a penalty kick in the 26th minute after Nguyen Thi Thanh Nha of Vietnam committed a foul in the penalty area.

Vietnam fought back and after several missed opportunities, they finally leveled the score at the stroke of half-time, with Nguyen Thi Tuyet Dung beating Myanmar goalkeeper Nwe May Zin off a corner set-piece.

After the restart, the goal chase repeated.

Myanmar edged ahead again in spectacular fashion in the 49th minute when Win Theingi set up Tun Khin Marlar, who found space before smashing her effort into the back of the net.

Vietnam equalized in the 62nd minute after Nguyen Thi My Anh dribbled past a Myanmar defender inside the box and was fouled.

Huynh Nhu leveled the score with a successful penalty kick.

After the goal, Vietnam played defensively to protect the score while Myanmar were unable to create many chances despite their desperation to score.

The 2-2 draw helped Vietnam keep the third place in Group C and become one of the two best third-placed teams in the group stage, who will join the respective six group winners and runners-up in the quarterfinals.

Vietnam’s quarterfinal opponent will be China.

Even if they lose, Vietnam will have a chance to go to the 2023 FIFA Women’s World Cup through the inter-confederation play-off door.