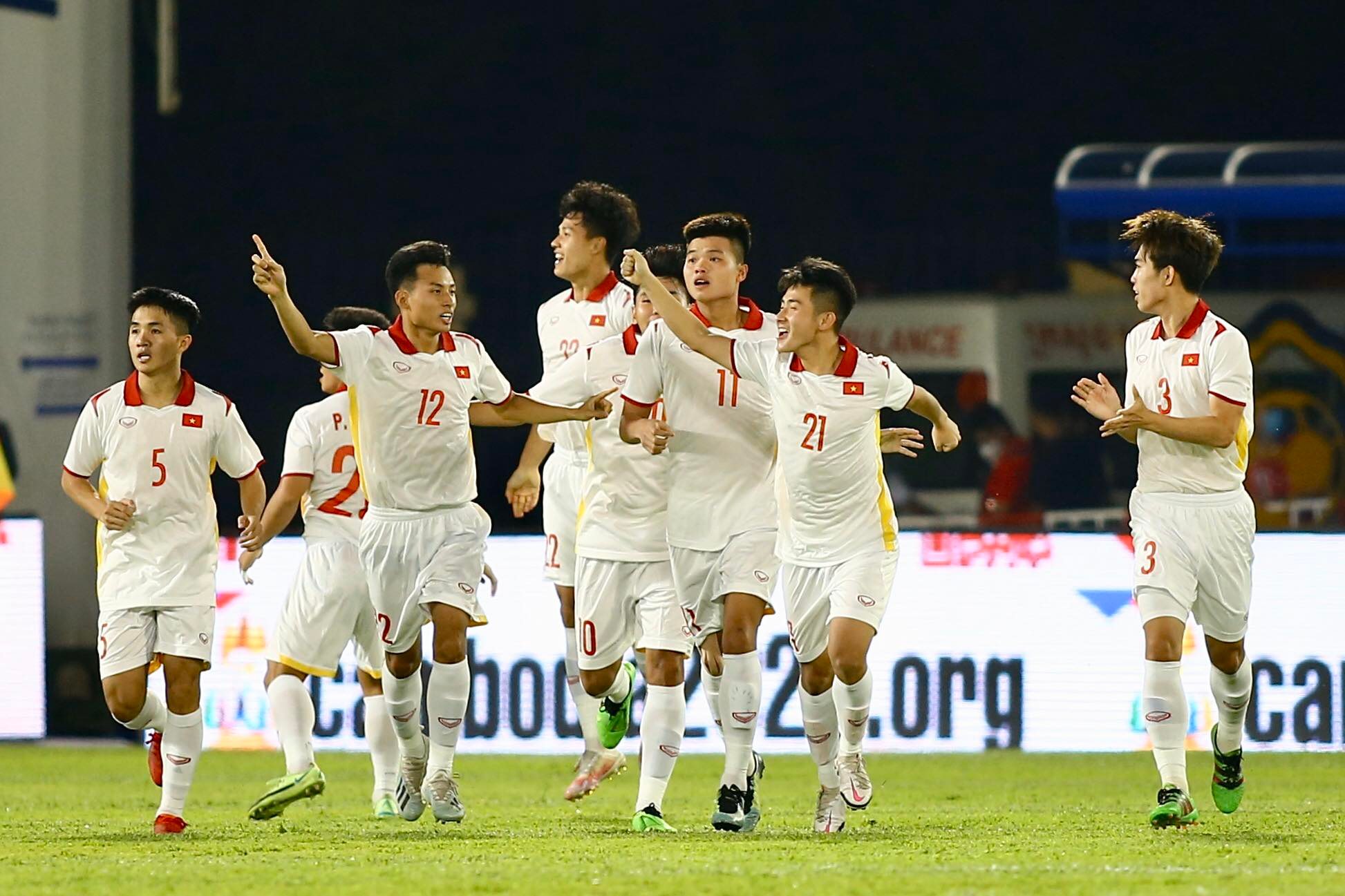 Vietnam thrashed Singapore 7-0 in their first group-stage battle at the 2022 ASEAN Football Federation (AFF) U23 Championship in Cambodia on Saturday evening.

The Vietnamese started off with many advantages thanks to a goal scored by Nguyen Van Tung in the third minute.

Singapore fought back by boosting their offense and putting a lot of pressure on Vietnam’s field, but their efforts were in vain.

Dinh Xuan Tien received the ball in the penalty area and had an accurate shot to net the second goal for Vietnam in the 32nd minute.

Singapore continued to suffer disadvantages in the second half after their defender Jordan Emaviwe received his second yellow card following a foul against Dung Quang Nho.

Vietnam raised the scoring to 7-0 in the final minutes of the match with three goals by Nho, Nguyen Quoc Viet, and Vu Tien Long.

The emphatic victory gave the Golden Stars a lot of advantages prior to their encounter with Thailand, the last match of Group C.

Vietnam will earn the ticket to the semifinals as group leaders if they defeat or have a tie with Thailand.

Singapore previosuly kicked off their campaign at the tourney with a 1-3 loss against Thailand on Wednesday.

The 2022 AFF U23 Championship has three groups.

Group A has hosts Cambodia, Timor Leste, the Philippines, and Brunei while Group B includes Indonesia, Malaysia, Myanmar, and Laos.

Indonesia and Myanmar have backed out of Group B because of myriad COVID-19 infections on their teams.

Vietnam and archrivals Thailand have been drawn in Group C alongside Singapore.

The top team of each group and the best second-placed team will enter the semifinals.

The championship started on Monday and will conclude on February 26.