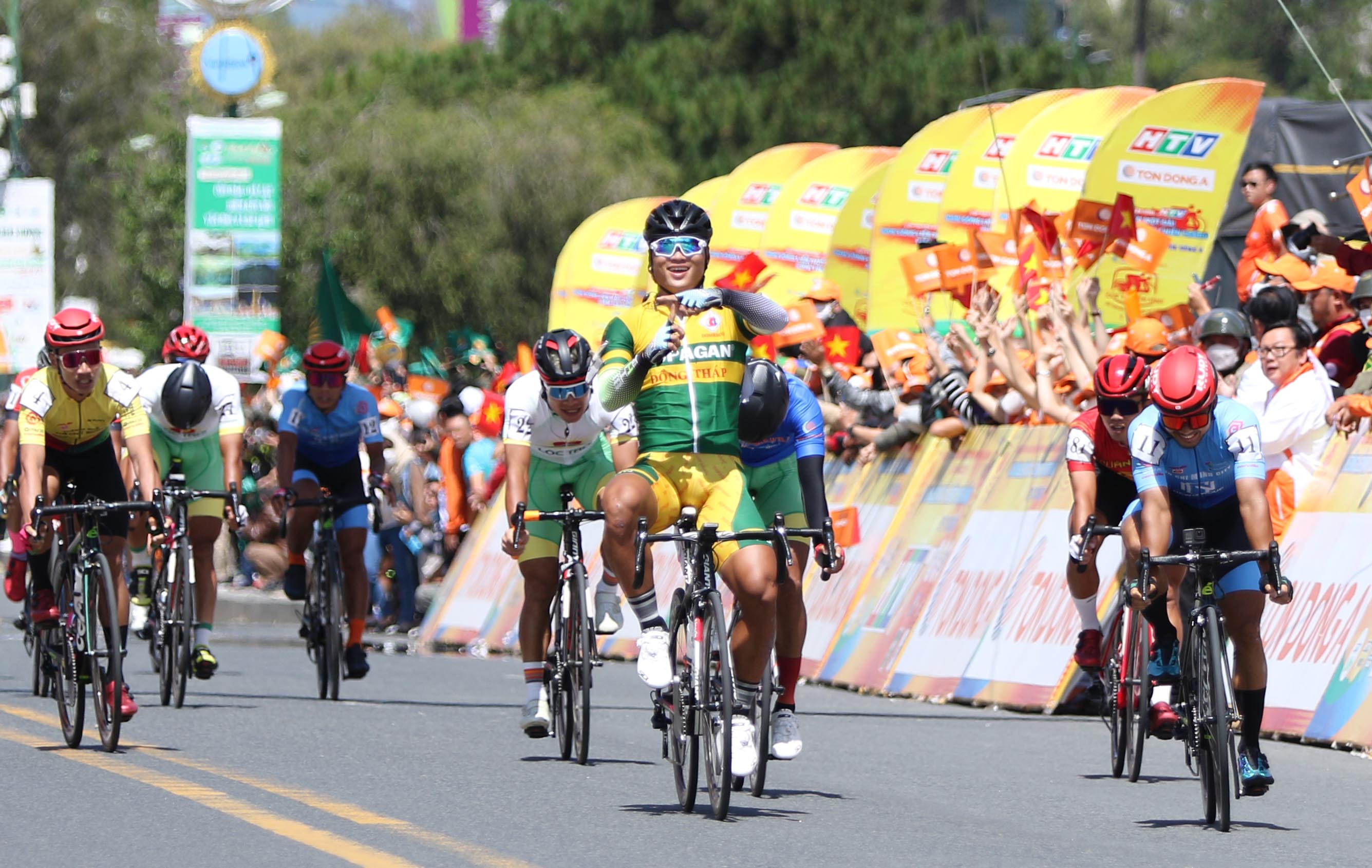 Tran Tuan Kiet of Dopagan Dong Thap set aside the woes in the previous stage to win the 21st round of the 2022 Ho Chi Minh City TV (HTV) Cup tournament on Thursday.

Both the peloton and the breakaway merged into one pack near the finish line.

In the sprint phase, Tran Tuan Kiet, who was unluckily excluded from the rankings according to the regulations after the dominant performance of Igor Frolov in the 20th stage outclassed his and 49 other cyclists’, sprinted to victory after one hour two minutes and 50 seconds thanks to Loic Desriac’s support.

This result showed Kiet’s incredible form ahead of the 31st Southeast Asian (SEA) Games, set to take place in Vietnam from May 12 to 23, where the Dopagan Dong Thap biker is a medal hopeful.

The cyclists were scheduled to race 99 kilometers from Da Lat City to Bao Loc City in Lam Dong Province in the 22nd stage, the penultimate leg, of the tourney on Friday.

The HTV Cup race has been held annually since 1989 and is considered Vietnam’s ‘Tour de France.’

In its 34th edition, the competition will take 98 cyclists from 14 competing teams through 2,316.2 kilometers in 23 stages from north to south in celebration of Vietnam’s reunification on April 30, 1975.