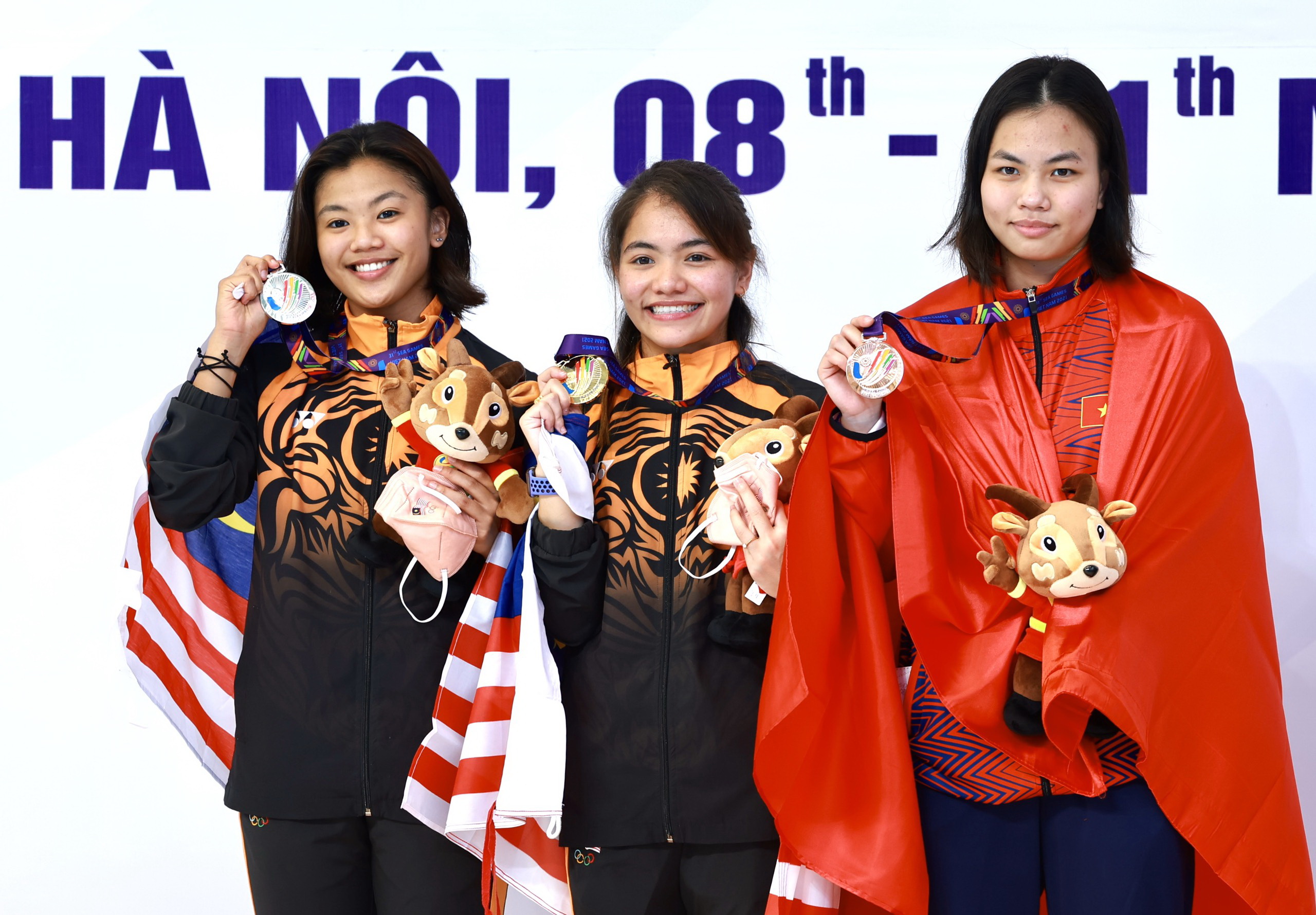 Ngo Phuong Mai, Nguyen Tung Duong, and Phuong The Anh won the first medals for Vietnam at the 2021 Southeast Asian (SEA) Games after claiming bronze and silver in diving on Sunday.

Mai earned the bronze medal in the women’s one-meter springboard event at the My Dinh Water Sports Palace in Hanoi.

Mai, 24, got 224 points from competing against seven others from Vietnam, Thailand, Singapore, Malaysia, and the Philippines.

Mai had also won bronze medals at the three previous editions of the Games.

Two other diving’s events, men’s one-meter springboard and women’s synchro, and competitions in kickboxing, beach handball, and rowing were scheduled to take place on Monday.