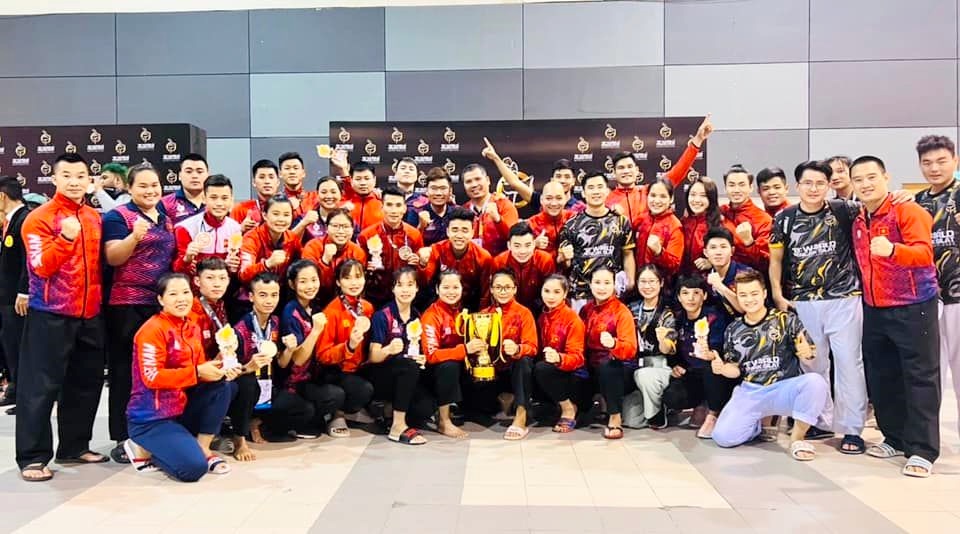 Hoang Mai Anh was the first one to bring home a gold medal for the national team at this year’s tournament, defeating Indonesian opponent Fransiska Dewi in the final of the women’s 85-kilogram category.

At the world championship in 2018 in Singapore, Tuyen became the champion of this weight class.

In the other finals, Le Van Toan took gold in the men’s open event after beating Bakhasyyev of Kazakhstan 23-4.

Quang Thi Thu Nghia proved her power in the women’s 75-kilogram event when she bested Malaysian opponent Mohamed Nasir 60-35 in the final.

In the men’s 70-kilogram category, Pham Tuan Anh claimed a knockout win over Abdul Raazaq of Singapore to strike gold for the Vietnamese team.

In addition to the gold medals, Vietnam won four silver and 11 bronze medals and ranked third overall after Indonesia and Malaysia, alongside 78 other delegations at the 19th edition of the tournament, which took place in Melaka City, Malaysia from July 26 to Monday.

They returned to Hanoi on Monday night.