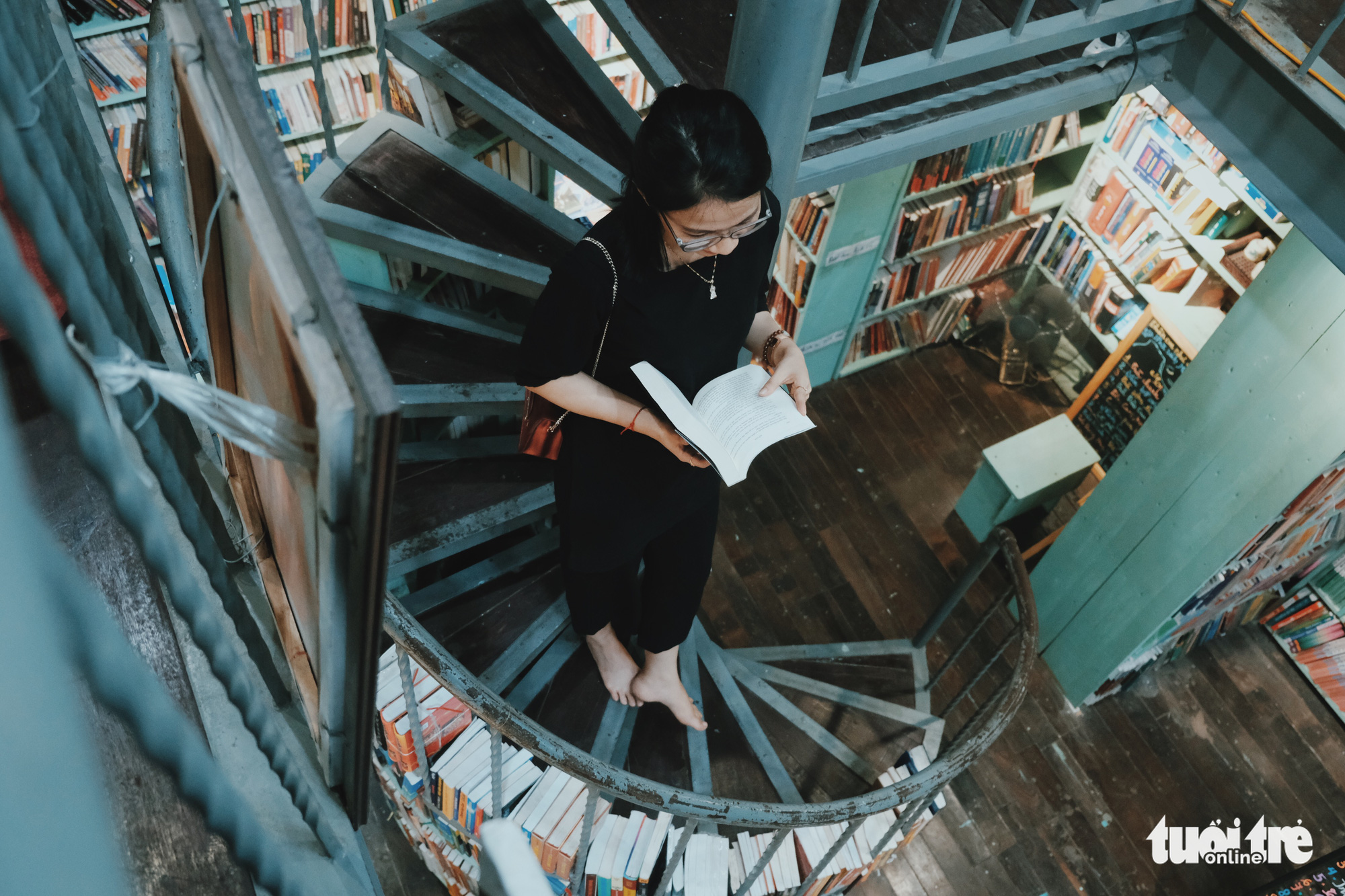 The oldest bookstores on the first floor of a building nestled in a small alley in downtown Hanoi have been an interesting destination for many generations of bookworms.

Dinh Le Street, which has been better known for many years as 'the book street,' is dubbed a heaven for book lovers in the Vietnamese capital.

Entering any aged bookstores on the street, visitors can come across a fascinating book and have a chance to immerse themselves in a quiet space and the smell of old papers.

Despite the book street's popularity, only the most dedicated bookworms know there are more gems hidden in the narrow alley at No. 5 Dinh Le Street.

On the first floor of an old apartment building down the alley are the city’s oldest bookstores that have been in place for decades.

The age-old bookshops are believed to have laid the foundation for today’s famous Dinh Le book street.

Entering the area, visitors seem to leave behind the bustling atmosphere of a downtown Hanoi street to indulge themselves in a small world filled with books and more books.

Mao, Nguyet Linh, and Thanh Tu are among the oldest bookstores that have remained open for the last dozens of years.

Ha Vy, who resides in Dong Da District in Hanoi, said she likes buying books at Mao although there are a lot of bigger and more modern bookshops that have sprung up on Dinh Le Street.

“The store not only provides me with many wonderful books, it also reminds me of my loving childhood,” she said.

“My father raised me into the habit of reading. He would take me to the book street every weekend and both of us would read bits and pieces from one bookstore to another,” Ha Vy recalled.

“I like to smell both new and old books [because it makes me] feel like I have a special connection with this space. I return here whenever I am free as a way of reliving my childhood memories,” she told Tuoi Tre (Youth) newspaper.

Books are stacked in a special way at these bookstores, which may be rather strange to someone who comes here for the first time.

One might get the impression that the stores are warehouses for books when looking at how the books are arranged neatly along the aisles, on the staircases, and anywhere with an empty space.

There are many genres and titles of books for shoppers to choose from, including foreign literature, Vietnamese literature, self-help, children’s comics, and others that suit people of all ages.

The old bookshops have stood the test of time, weathering the changes of the capital city as its customers come and go and newer bookstores continue to appear.

Customers are keen to revisit the old spaces since apart from books, the stores also offer a living link to the past.