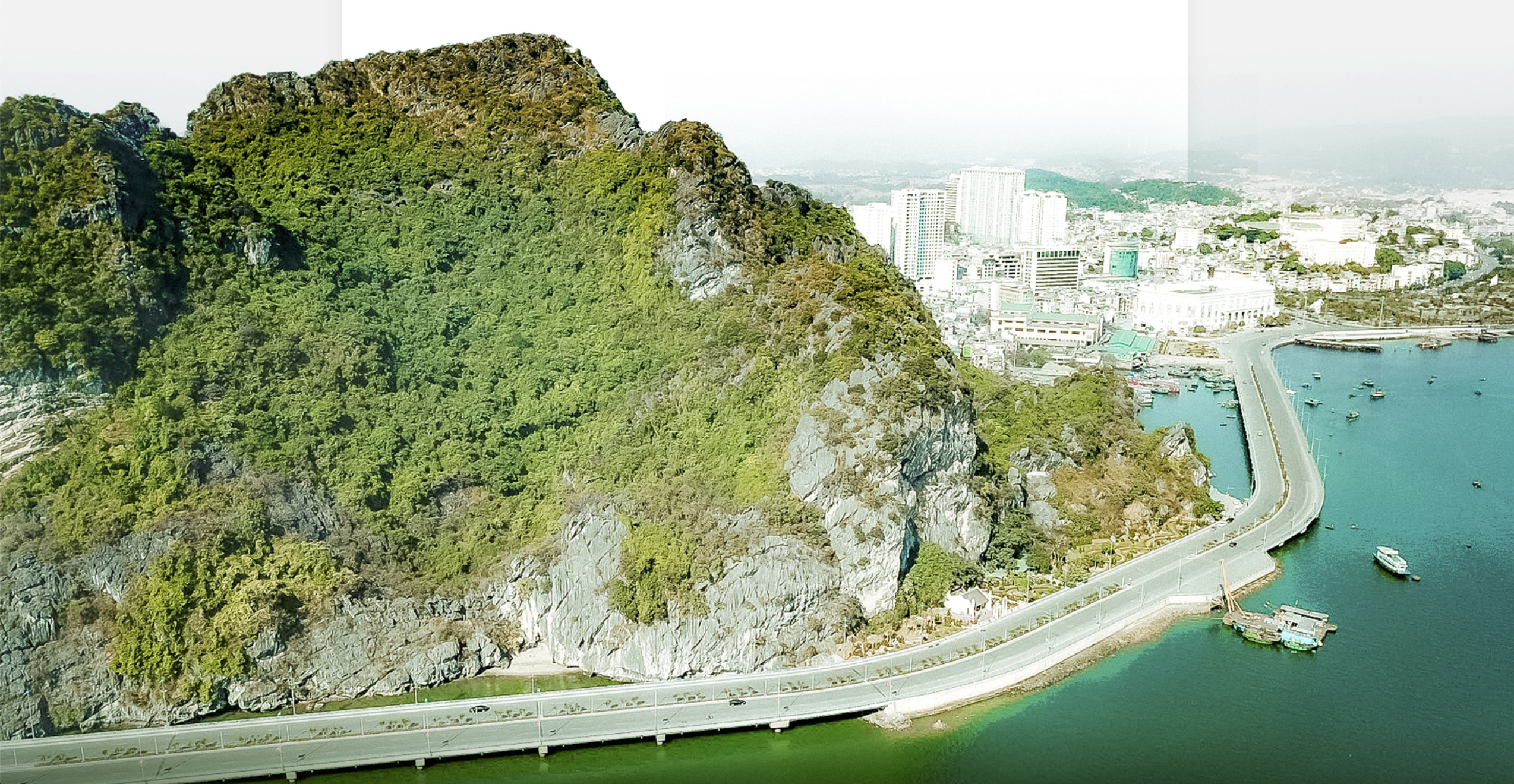 The outcome of a VND1.7 trillion (US$74 million) investment, the new Tran Quoc Nghien Road stretches around six kilometers along the coast of Quang Ninh Province, providing riders with the best view of Ha Long Bay – a UNESCO-recognized world natural heritage site in northern Vietnam.

The new route, officially relaunched in May 2020 after undergoing an upgrade that lasted for months, starts from Bai Tho Bridge to the connecting point of Ha Long and Cam Pha Ring Road in Ha Long City, the capital city of Quang Ninh.

Offering a scenic view of the world-renowned seascape, it has quickly become a favorite sightseeing route for visitors, as well as the backdrop of choice for pre-wedding photos of local couples.

One sidewalk along the street spreads 28 meters in width toward the water, while the other side is five meters wide, adjoining a dazzling terrace of beach villas.

The Tran Quoc Nghien coastal drive will link up with the forthcoming undersea tunnel at Cua Luc Bay, as well as the coastal driving route along Bai Chay Beach, creating a synchronized traffic system for the area.

It will also make use of the spectacular coastline of Ha Long, Cam Pha, and Van Don beaches in Quang Ninh Province to offer an unforgettable experience to tourists, Son said.

Looking down from the peak of Bai Tho Mountain, the road can be seen in stark contrast to the deep emerald shade of the ocean, as it is lined with a row of vibrantly-colored houses and small beds of flowers.

Meanwhile, tourists standing on the road can catch a glimpse of a majestic sunset view, as ranges of mountain from afar and returning fishing boats are blanketed in the sultry glow of the afternoon.

Located at the end of the Ha Long Bay coastal drive is a public beach of one kilometer in length, with a sandy shore of up to 90 kilometers in width.

“A free beach of decent size, which is situated next to the coastal drive and on the Ha long Bay shore, will prove a major tourist draw for the area,” Son anticipated.

According to the deputy chairman, the route will help connect tourism facilities and notable cultural sites in the locale, which will in turn give a boost to tourism.

“[The driveway] will not only connect transport infrastructure and tackle environmental issues, but also be a new tourism draw by itself,” Son said.