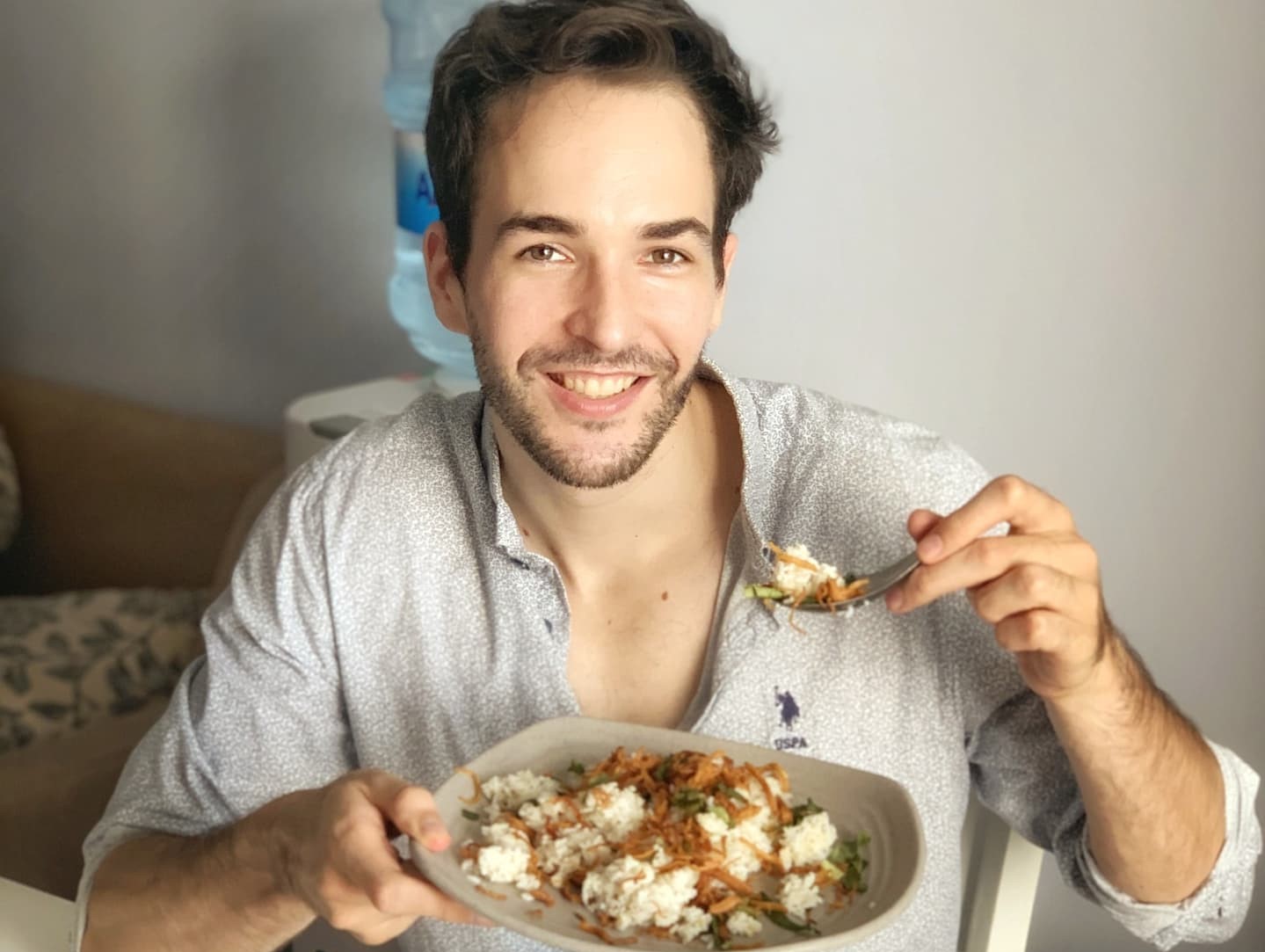 A Frenchman has become a Tik Tok star in Vietnam thanks to his videos featuring the delicious dishes he has tried in the Southeast Asian country.

Will Courageux, who has earned more than one million followers for his Tik Tok channel @willinvietnam, has been certain about his ultimate goal of “trying all the foods in Vietnam” as he described in his channel’s bio.

Hundreds of videos on the channel depict his life in Vietnam with a culinary focus and many of Will Courageux’s videos garnered millions of views.

“What makes me love Vietnam is the really amazing foods,” he told Tuoi Tre News.

The man, who was born in Paris, did not hesitate to call banh mi (Vietnamese baguette) his favorite dish in Vietnam.

“I love banh mi, if there was no banh mi in Vietnam, I might not be here,” he expressed.

“French baguettes often have more cheese and are greasy, while Vietnamese banh mi has eggs and a lot of veggies that are fresh,” Courageux described the difference.

One thing that makes Will Courageux really enjoy the Vietnamese diet is the inclusion of a lot of fresh vegetables and fruits.

“Actually, food in Vietnam is so healthy, once I came back to France I gained 5kg in two weeks, but when I returned to Vietnam and just remained my eating and food reviewing routine as I normally did, I lost 5kg,” he said.

After two years in Vietnam, Will Courageux has been no stranger with many local dishes including several which have been challenging to foreigners like mam tom (shrimp paste), tiet canh (blood pudding), cha ruoi (sand worm omelette) and more.

However, it was tough in the beginning.

“The first food to challenge me was trung vit lon (fertilized duck egg),” he recalled. “I thought it was just an egg, but it was surprising for foreigners like me.”

“The next was mam tom which was so smelly and I was thinking that if all the foods in Vietnam were like that, I could not stay.

Not only taking his followers on a rich journey of exploring foods in Vietnam, Will Courageux has also been active in interacting with his fans by running a series of food challenges.

In the series, Will Courageux would follow his followers’ suggestions to try foods in local ways, such as trying baguette with sweetened condensed milk, uncooked instant noodles, or rice topped with sugar to name a few.

The French Tik Toker always seemed to enjoy all the challenges his fans gave him.

“I want people to see that foreigners can eat all kinds of Vietnamese foods,” he explained.

“Earlier, whenever I went back to France, I also usually brought Vietnamese foods back home and let people try and see their reaction.”

As trying the local foods is no longer a challenge for him, the French Tik Toker tried to cook them at home.

“Once, I cooked pho after learning from the Internet, and that would be the last time I’ve done it,” he recalled.

“It did not taste as good as eating out but was ok, however, it took me 24 hours to cook pho, which was heavily time consuming and I was too lazy (to cook it again),” he added.

As COVID-19 has prevented him from travelling like he often did in his spare time, Will Courageux has kept his followers entertained with more at-home food videos, funny or trending clips.

Will Courageux first came to Vietnam in December 2014 to travel before deciding to move to the country.

“Vietnam is so rich in culture and diverse with mountains, beaches, countryside, many different kinds of foods, both traditional and developed cities,” he expressed.

“I love countries where there are so many choices or things to do.

“In Vietnam, you can be any kind of traveler you want, here the cost of living is reasonable and the quality of living is good,” he added.

All above, Will Courageux said the thing that makes him love Vietnam the most is in this country, “everything is possible.”

“People are so positive about the future, everyone tries to establish new companies, there’s always new restaurants, or there’s always someone selling something on the streets, it can feel like an energy source and want to be part of that energy,” he explained.

“I also feel connected with Vietnam where I can see French architecture from the past, eat banh mi and drink coffee,” he added.

“I know the culture of Vietnam is unique, but there’s also a connection with French culture.

“This is the closest country to French culture outside France."