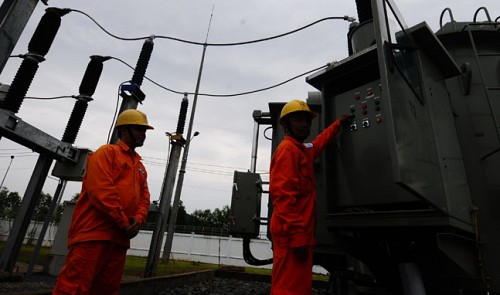 Locals in the Mekong Delta province of Kien Giang’s Phu Quoc District usually describe their island as “having everything but electricity,” but this joke will no longer be told as an undersea power cable system is scheduled to begin installation at the end of November.

It will provide a sustainable power supply for the island where most locals still rely on diesel generators to light up their homes and power their TV sets.

Once completed, this will be the longest submarine cable system in Southeast Asia.

The project will begin on November 21, and is expected to be completed on January 13, 2014, local authorities have announced.

Italy-based Prysmian Powerlink is the main contractor of the US$93.4 million project.

Other construction units involved in the project are the 18.2-km 110KV cable line from Kien Luong to Ha Tien which cost VND76.7 billion, and two substations in Ha Tien and Phu Quoc, which consumed some VND156.2 billion worth of investment.

These facilities have reached completion and are waiting to be connected with the submarine cable system.

The underwater cable project is carried out under an engineering, procurement and construction contract signed between Electricity of Viet Nam Corporation's Southern Power Corp (EVN SPC) and Prysmian Powerlink in May 2012.

It is funded by a loan from the World Bank and supplemented with EVN SPC's own budget.

In Ganh Dau Commune, for instance, the price is VND25,000 per kWh, 16 times higher than what people ashore pay.

Some residents have their own generators, but only use them for a few hours per day since fuel prices are also exorbitant.

Huynh Thi Cam Hong, a Ganh Dau resident, said she pays VND1 million a month only to light up two compact fluorescent light bulbs and turn the television on for a couple hours a day.

“Those with washing machines or refrigerators have to pay up to VND4 million a month,” she said.

Manufacturers are affected by the power shortage, too.

She uses a diesel generator during outages, which costs an additional VND20 million, she bemoaned.