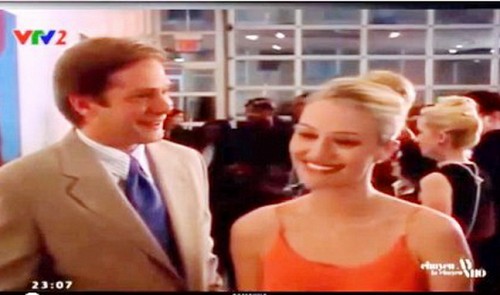 Ha Nam, head of VTV’s editorial board, provided the confirmation but refused to give any comment or cite any reason.

The chief added that VTV has not had any plans on its resumption yet.

Debuting on VTV2 – VTV’s education channel – on November 10, the TV series was part of the broadcaster’s 18+ film program.

Broadcast on HBO from 1998 until 2004, the quirky series had multiple continuing storylines that tackled relevant and modern social issues such as sexuality, safe sex, promiscuity, and femininity while exploring the difference between friendships and romantic relationships.

The show was labeled 18+ and intended for adults only, Nam earlier noted, assuring culturally inappropriate scenes, or even whole episodes, would be omitted but many gender issues would be retained.

The premiere broadcast was first slated for November 10 but it was later delayed until November 17, following differing opinions on airing such a sensitive sitcom on the national channel. However, the TV station finally decided to stick to its original plan.

Shortly after VTV’s first announcement in late October that it would air the series, local film directors, producers, scriptwriters, lawyers, and psychologists voiced their opinions for and against the broadcast.

An opinion poll launched on the online version of Tuoi Tre (Youth) newspaper yielded nearly 10,000 comments from readers within a few days in mid-November.

Nearly half of them supported the broadcast, while the remaining respondents either opposed it, or approved of it but called for caution in editing and censoring the content.

The proponents said there was nothing wrong or inappropriate about VTV2 – a science and education channel – airing such shows late at night and helping promote sex education and raise the young’s awareness of safe sex as well as prevent abortion and new HIV infections.

Many expressed their delight at VTV2’s receptiveness to sensitive films, which have long gone unnoticed on local TV channels.

This group urged that VTV2 produce other beneficial programs on sex education instead of airing “Sex and the City,” or VTV broadcast the sitcom on other on-demand channels, which require registration.