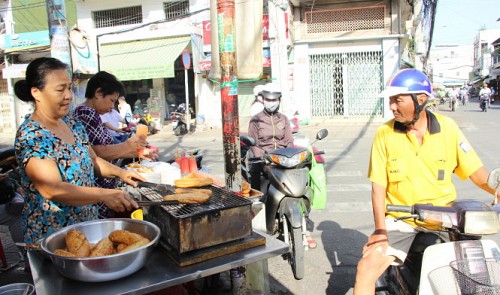 How come so many chubby, obese, well-rounded, rolly-polly tourists return home without embracing the Vietnamese diet? Why the tourism authorities don’t promote Vietnam as the ultimate healthy, dietary heaven is something I don’t understand. The only fat Vietnamese are the ones with jobs where they don’t move... that’s it... everyone else is skinny and on the go!

OK, sure, I’m being so unfair, right? Yes, I admit that there are plenty of young backpackers in good shape all trudging around with half their life on their backs. Well, of course... that cockamamie Lonely Planet guide must weigh about 40 kilos by itself.

Also: Being fat isn’t always your own fault. That’s OK, you can blame it on the DNA, so get down and mutate.

Forget the ‘Paleo’ diet which encourages you to eat an early caveman – simple fruits, nuts, veggies, fish and meat but no processed food or dairy products such as milk or cheese. That might help you lose, let’s say, 10 to 15 kilos, which is enough for a balloon-shaped tourist to squeeze out of a coach’s door.

The ‘Atkins’ diet favored the idea of cutting out foods such as sugar, bread and pasta and replacing them with food that took longer to digest, making the body hungry so it would start using up the fat stored inside. However, the idea collapsed because people became hungry... duh... so they ate more. Now the ‘Jenny Craig’ diet features frozen food delivered to your door that is tailored to your dietary needs and is scientifically measured to produce about a 5% loss in weight over a year. Still... if you’re about 120 kilos, it would take you about a decade before you can seduce that 80 kilo love machine dancing on the other side of the room.

Why not have a ‘Lose weight in 90 days’ tour of the country? It would sell like banh mi (Vietnamese sandwich) at a street stall next to the traffic lights near a university on a Monday morning. And DO try the cooking classes – it’s fun and yummy and healthier than that pre-packaged stuff back home.

Local food is mostly low in sugar and fairly light on spices and salt, depending on the recipe. A Vietnamese diet can be highly recommended for those with chronic, unending tummy problems, digestion issues and skin problems, mostly due to the high vitamin content of the food. That’s one of the reasons why Asians in general have such thick, strong hair, did you know?

Pho, for example, noodles with meat and fish combinations, is a high energy, low fat breakfast pick-me-up that gets you on the go at 6:00 am in the morning. Why not try com ga or chicken rice; herbs and spices balanced to the region’s climate and season - an anytime of the day energy booster as it releases its energy fast.

Or how about bun cha – rice vermicelli (vermicelli is thin noodles) with grilled pork, often served with chili, garlic, nuoc cham (fish sauce), and lots of fresh greens. Heck, if it was good enough for President Obama (he’s skinny, but..) in Hanoi, it’s got to be fabulous for you!

Hint: this is what bun cha is all about:http://tuoitrenews.vn/lifestyle/34977/what-makes-bun-cha-a-hanoi-musttry-that-obama-ate-for-dinner

Now one dish I highly recommend is canh thit bo, a beef broth (soup or stew) that has lots of variations. This is usually a soup with sticky rice and beef and whatever flavors you choose. It’s brilliant and as great as that late night meal before a hard day in the morning or when the rain is howling down and you’re soaked to the bone.

Yeah... come to Vietnam and stick around for a while. You will lose weight in a comfortable, tasty way that makes the Western diet books look as if they were written by a jealous office worker who never managed to lose enough weight to steal the love of his life away from the gym coach. Really!

Now I should make a disclaimer here by confessing that I love my junk food too but I mix it up with spring rolls, street food and an 11:00 pm banh mi. Still, I’ve lost weight too! Vietnam beats the world again.

Remember if it’s good enough for President Obama to eat in a small café in Hanoi, then that’s your cue to eat like a Vietnamese too.

Personally? I love to finish my day with an Australian Vegemite banh mi washed down by a Red Export Larue beer. I’m sure I lost a kilo just thinking about it. 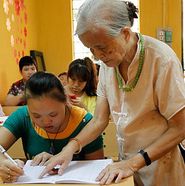