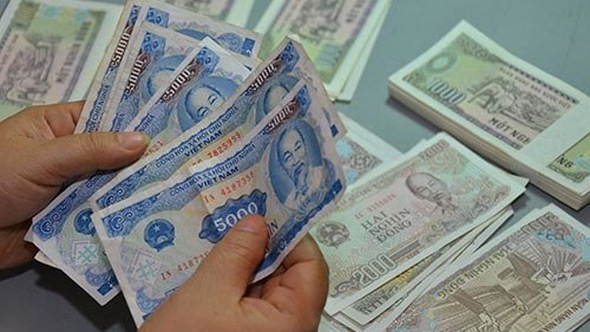 The next time you are offered one or two tiny pieces of candy in lieu of small change from a supermarket or grocery store in Vietnam, insist on getting the banknotes, no matter how small the denomination.

Vietnam’s biggest banknote is the VND500,000 bill, equal to US$22, while those with smaller face values, such as VND200 and VND500, are often ignored or considered nearly worthless.

That attitude has led to retailers, ranging from supermarkets to sidewalk stalls, offering candy in place of small change.

Unbeknownst to many, however, is that the lowest value Vietnamese banknote in circulation is actually VND100, a fact that sparked serious debate when the ‘forgotten’ bill grabbed headlines following a ‘tollgate scandal’ in southern Vietnam.

In a show of protest against what many believe is an unfairly positioned toll station in Tien Giang Province, many drivers chose to pay the VND25,000 toll fee with VND25,100 before insisting on receiving their VND100 change.

The Cai Lay toll station was forced to temporarily shut down after failing to meet the demand, due primarily to the fact that the VND100 banknote has been effectively absent from circulation for nearly a decade.

The situation led the State Bank of Vietnam, the country’s central bank, to issue a statement asserting that the VND100 bill is still valid as legal tender and immediately provided a huge stock of the banknotes to the operator of the contested tollgate.

The 100 dong bill is currently listed in the “Vietnamese banknotes” section of the central bank’s official website.

Protests at the toll station are one issue, but the refusal of many businesses to use banknotes with small face values is becoming a hot topic across the country.

Many businesses employ a ‘candy as change’ policy that many local consumers oppose, yet still accept rather than waste energy on insisting they be given a VND200 or VND500 banknote.

However, with the ‘return’ of the VND100 banknote, a call to end the policy is beginning to circulate amongst the public.

Those who welcome the low value notes say the issue runs deeper than just what one can buy with 100 Vietnamese dong, or 1/220 of a U.S. dollar.

“In other countries businesses are expected to give every single cent of change back to customers. This shows respect for that nation’s currency,” one reader wrote on news outlet VnExpress.

In Vietnam, the erstwhile Penal Code 1985 criminalized such activities, but the current law only slaps a civil fine on violators, according to Hao.

“Money, of a small or large denomination, is national currency and no one is allowed by law to refuse payment in small change,” Hao underlined.

The professor added that those drivers who protested the Cai Lay tollgate will not be fined, because “it is those who refuse to use small change, such as supermarket cashiers or tollgate attendants, are the real law offenders.”

“There are no legal documents that ban the use of small change in payment,” he added.