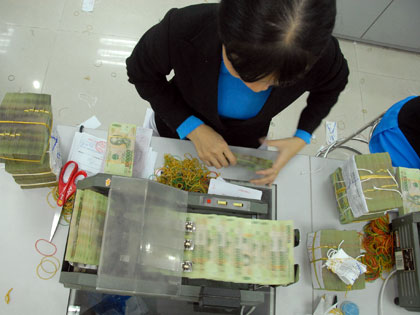 Fourth bank merger in Vietnam in the making

Reports and documents relevant to the merger between Dai A Bank and HD Bank will be mentioned in the meeting. Dai A Bank is in the last phase of a merger negotiation with its partner. This will be the fourth merger between banks in Vietnam.

Besides approving the merger plan with HD Bank, in a shareholders’ meeting held on June 18th, Dai A Bank also replaced half of its key human resources by new members who are from Sovico Holding. Those people own many shares and occupy important positions in HD Bank.

After getting the merger approval, Dai A Bank decided to change its Chief Executive Officer and Chairman on June 25th.

Besides Habubank and SHB; SCB, Ficombank and Commercial Joint Stock Bank which already merged in 2012, Western Bank was the third bank that announced a meeting to approve its merger plan with PetroVietnam Finance Joint Stock Corp (PVFC) on September 8th.

According to a representative of the State Bank of Vietnam, those mergers help the restructuring of weak commercial banks that aim to build a large scale and effective banking system supporting the country’s economic development.