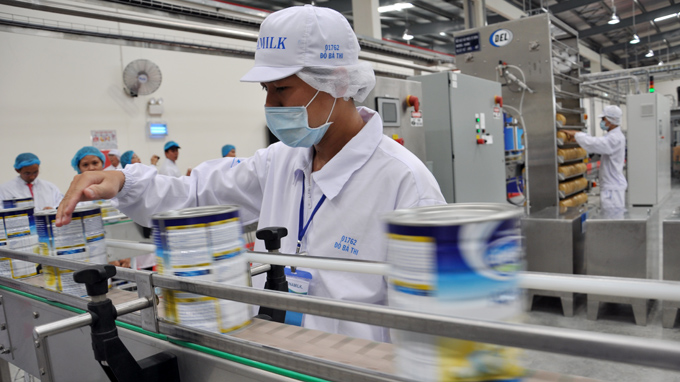 Vinamilk and Vingroup, together with 98 regional firms, are viewed as “most representative of major industrial sectors in the region,” Standard & Poor's said in its September 9 report.

“The Association of Southeast Asian Nations (ASEAN) could be moving toward greater economic importance and relevance as it pushes ahead on its planned path of economic convergence by 2015,” the New York-based ratings firm said.

The prospect has been recognized by the Standard & Poor's Ratings Services’ maiden ASEAN corporate survey, it added.

The survey assesses the credit characteristics of 100 of ASEAN's largest corporate entities, or companies that have the largest market capitalization, according to Standard & Poor's.

“The survey highlights the major credit trends for these companies by analyzing their business and financial risk profiles, and any country or sectoral developments,” the report reads.

Vinamilk has a “dominant and sustainable market position in Vietnam's branded dairy products with high brand recognition,” the report said.

Other key credit considerations of the company include stable margins over the past five years and a tested ability to pass higher costs to customers.

The company also has a “conservative financial profile with low debt and sizable discretionary cash flows.”

The company is seen as having an established position in Vietnam's real estate development market.

Vingroup has adequate liquidity and is likely to increase capital requirements for expansion because of the company's high growth appetite, the ratings firm said.

These business risk profiles are expected to remain stable over the next year, given good economic growth prospects and demand.

The company noted, however, that balance sheet strategies and leverage tolerance vary greatly.

“Financial risk profiles are diverging and could weaken over the next 12 months because of increasing leverage,” it added.