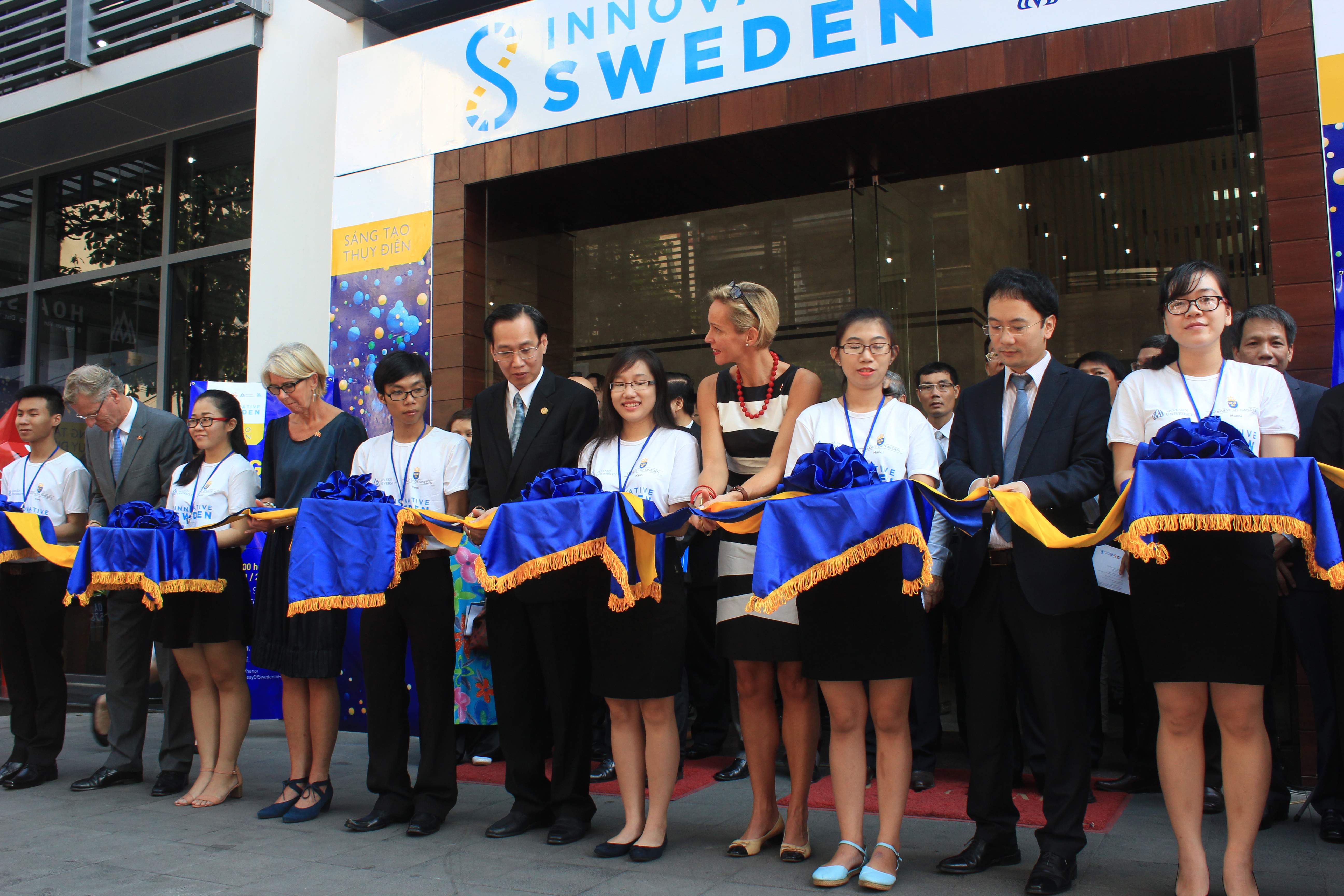 Twenty new innovations from Sweden are on display at the “Innovative Sweden” exhibition that kicked off in Ho Chi Minh City on Monday.

The exhibit, which is part of the namesake program, runs until the end of this month to celebrate 45 years of diplomatic relations between Vietnam and Sweden, the Swedish Embassy announced at a press conference on November 5.

Some of the displayed innovations are available on the international market but have not made their way to Vietnam, Swedish Ambassador Camilla Mellander told Tuoi Tre News at the opening ceremony at Hoa Sen University in District 1.

Before landing in Vietnam, the exhibition has taken place in over 20 countries including the U.S., Canada, Brazil, China, Japan, Germany, and South Korea. Besides introducing these new innovations, the organizers also mentioned other innovations which have been used by many Vietnamese people, although not many of them realize these products come from Sweden, including the Celsius thermometer, zippers, and the famous telecommunications software application Skype.

Speaking at the opening ceremony, Annika Rembe, head of the Swedish Institute, the co-organizer of the “Innovative Sweden” program, said that the exhibition aims to share Sweden’s experience in innovation to foster an innovative culture in Vietnam as well as facilitate an exchange of ideas on future innovations and solutions between the two nations.

Mai Khue, a second-year student from Hoa Sen University, said she thought the products seem to have come from the future after she took a look at them.

Khue also expressed her faith that Vietnam will soon catch up with the new technology.

Besides the exhibition, which is the main part of the “Innovative Sweden” program and is open to the public for three weeks, a series of 18 other sideline events are also being held, namely seminars on urban traffic, global clean technology, disaster response and innovative media; a Nobel party; film and music festivals; alumni exchanges; and others.

Most of the events are being held at Hoa Sen University at 8 Nguyen Van Trang Street.

Photos from the “Swedish Innovations through Vietnamese Lenses” contest series, launched by the embassy in August, are also on view at the campus, attracting numerous students who want to learn more about the European country’s innovations.

The “Innovative Sweden” program is scheduled to take place from November 10 to 30.