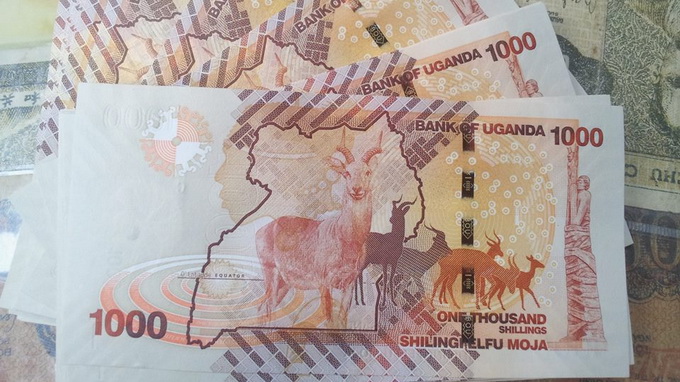 Banknotes from countries across the globe are sought after to be given as lucky money in Vietnam during the forthcoming Lunar New Year, or Tet in Vietnamese, at prices that are up to 16 times higher than the official exchange rates.

Bills with animals on them are particularly favored, as local people believe the notes will bring good luck, especially those with the image of the goat, for the next lunar year is the Year of the Goat.

Today is the 18th day of the final month of the lunar year.

Nguyen Truong Chinh, who sells foreign banknotes as lucky money, or li xi in Vietnamese, said bills of the Ugandan shilling and Nepalese rupee are selling like hot cakes since there are goats on them.

“I imported around 2,000 bills and have nearly sold out, although orders are still flooding in,” Chinh said.

As per Vietnamese custom, a group of four animals called the Four Holy Beasts, including the dragon, qilin, turtle, and phoenix, are astronomical and cultural symbols for luck and many good things.

Banknotes printed with these animals are thus bestsellers.

Traders have managed to collect notes from Bhutan, Myanmar, and Brazil to make a complete set of Four Holy Beasts banknotes.

The Four Holy Beasts banknote collection is seen in this photo posted on a Vietnamese money-selling website.

The U.S. dollars with denominations of $1 and $2, meanwhile, are still able to find buyers easily after emerging as a good choice for li xi a few years ago.

Traders have also introduced $1 banknotes that are “particularly made for the Year of the Goat,” which are priced at VND350,000 ($16.31) per bill, or 16 times higher than the official exchange rate.

Services that exchange Vietnamese banknotes of large denominations into smaller bills are also rife as Tet is only a fortnight away.

It is easy to find such money exchangers on the Internet, even though it is a prohibited business.

The State Bank of Vietnam (SBV) announced last month that they would not print new small-denomination banknotes this year, and will fine the illegal exchangers.

The central bank has stopped issuing new VND500, VND1,000 and VND2,000 banknotes since 2013, and will add the VND5,000 bill to the list this year, SBV Deputy Governor Dao Minh Tu told reporters in Hanoi on January 21.

By not issuing new banknotes of such face values, the central bank has saved VND1.08 trillion ($50.52 million) for the state budget, Tu said.

The SBV official said the decision is intended to prevent the small banknotes from being abused in cultural, festive and religious activities.

Visitors to pagodas across the country during Tet tend to scatter notes of small denominations on altars, and even thrust the money anywhere accessible, including tree bases, the Buddha’s and deities’ hands, costumes and even ears, believing that the more money they donate, the more luck they will receive.