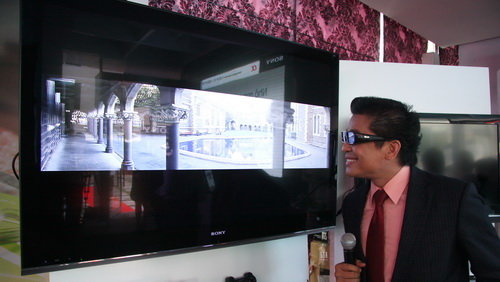 As Vietnam is integrating more deeply into the regional economy and the world economy, it has reached – or is finalizing – many trade pacts with several international trade partners, which in return makes both foreign-made goods imported into Vietnam and Vietnamese-made products exported to other countries cheaper.

However, only Vietnamese consumers and importers are said to be among the biggest beneficiaries when shipments from ASEAN countries and Japan have begun to flood the local market after their import duty has been lowered or even waived as a result of many trade pacts.

From the perspective of manufacturers, the pressure of integration will be extremely formidable when local firms have to compete with rivals from Japan and the ASEAN bloc, Vu Vinh Phu, a trade expert in Hanoi, told Tuoi Tre  (Youth) newspaper.

That pressure has been mounting on local manufacturers as their domestically-made products cannot compete with imports once the door is fully open to foreign-made goods which often have an edge over theirs regarding price and quality, Phu said.

It is certain that foreign-made goods will flood the Vietnamese market when tax barriers are completely removed thanks to their superiority in price and quality, Phu added.

“Just look at Thai products, from fruit to household appliances, they are often offered at a variety of price ranges and come in a wide range of types, which trump Vietnamese-made goods at any price point with better quality,” he said.

The other side of the coin

Under the ASEAN-Japan Comprehensive Economic Partnership Agreement, the tariff lines of more than 3,200 products imported from Japan into Vietnam already began to enjoy zero percent import duty this month.

"Certainly when the taxes on imports from other ASEAN members and Japan are reduced to zero percent, those imported goods will gradually dominate the domestic market,” an expert told Tuoi Tre.

Hanoi-based Binh Minh Co. specializing in distributing cameras and camcorders imported from Japan said the prices of those products would go down when import duties are exempted.

Some other distributors said the price would drop 3-5 percent this week compared to the preceding period, depending on each type.

According to the Tax Policy Department under the Ministry of Finance, to protect locally-made products, the taxes levied on imports need to be increased.

But now the department cannot do so because of the rules of the World Trade Organization, of which Vietnam has been a member since 2007.

In addition, the tax rates of many kinds of imported goods will be fully dropped in accordance with many free trade agreements (FTA) Vietnam has signed with its partners.

Such tax reductions will greatly affect domestic firms whose goods are not able to compete with imports from those countries by that time.

Tran Quoc Khanh, Deputy Minister of Industry and Trade, told Tuoi Tre that Vietnam has signed eight FTAs and is actively negotiating seven others, including the Trans-Pacific Partnership and a pact with the Customs Union of Belarus, Kazakhstan, and Russia.