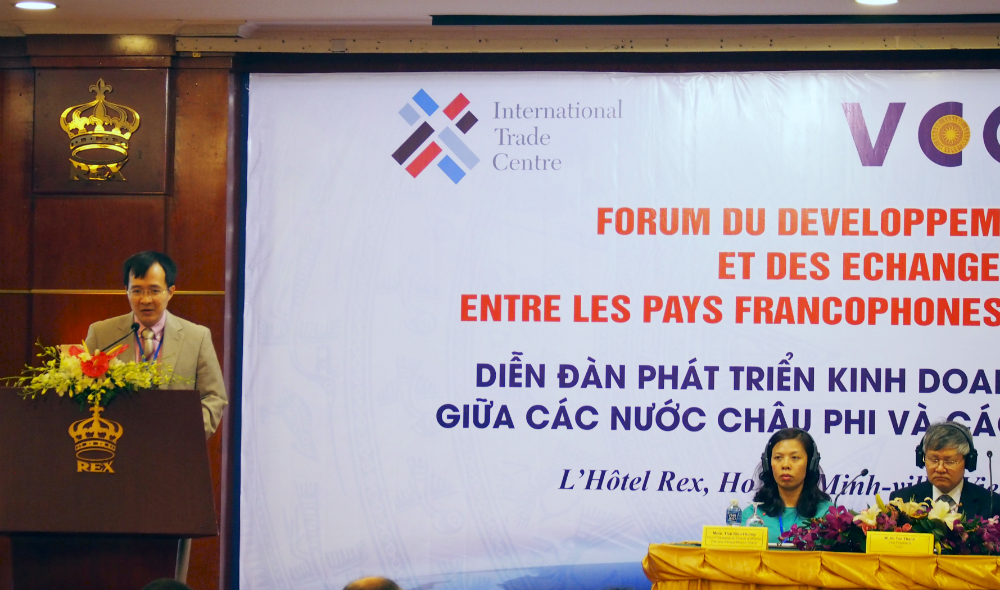 The one-billion-strong African market with high demand for agricultural and food products – Vietnam’s strengths – can be regarded as a potential market for Vietnamese exporters, experts said at a seminar in Ho Chi Minh City last week.

According to what was discussed in a forum on Thursday on business cooperation between African nations and the Mekong Francophone countries, Vietnamese shipments of agricultural and food products reached US$30.8 billion last year, up 11.2 percent year on year.

This led to a 2015 target of $33 billion, as set by the Vietnamese Ministry of Agriculture and Rural Development earlier this year.

Trade between Vietnam and African nations, especially within the eight-member West African Economic and Monetary Union (UEMOA) and the six-member Economic and Monetary Community of Central Africa (CEMAC), is increasing, said Hoang Duc Nhuan, deputy director of the South-West Asia and Africa Department under the Ministry of Industry and Trade.

According to the Ministry of Industry and Trade, trade between Vietnam and the UEMOA countries rose fivefold from $180 million in 2007 to $854 million last year.

At the same time, bilateral trade between the Southeast Asian country and the CEMAC nations also soared from $72.6 million in 2007 to $340.8 million in 2014.

In 2014, Vietnam's rice made its way to 35 out of 55 African countries, and made up 60-70 percent of the country’s total export value in the UEMOA and CEMAC areas, he added.

Meanwhile, the main commodities imported by Vietnam from the African market are steel, cotton, fabric, petroleum products, chemicals, and animal feed, he said.

Investment cooperation between Vietnam and the UEMOA and CEMAC are constantly evolving, Nhuan said.

Vietnamese enterprises have begun to invest and open up representative offices in Cameroon, Gabon, and the Congo in order to facilitate trade and create jobs for local people, he added.

In particular, the structure of the export products of Vietnam and African countries are complementary, not competitive, so boosting exports will not hurt the two economic spheres, he said.

In addition to commodities like petroleum products, Vietnam hopes to accelerate imports of chemicals, cotton, cattle food, and raw materials for textiles and footwear.

The Vietnamese government, along with local businesses, is expected to seize more investment and trade opportunities in the Francophone economic space in Africa, said Dong The Quang, an expert from the International Organization of La Francophonie.

The two parties need to negotiate and sign free trade agreements to solve the existing problems affecting the development of trade and business relations, including the lack of information, geographic distance, cultural differences and the difficulty in payment given their undeveloped banking systems, Quang said.

To aid this, there should be more events to connect buyers and sellers, further market research and more capacity-building workshops for enterprises, he added.