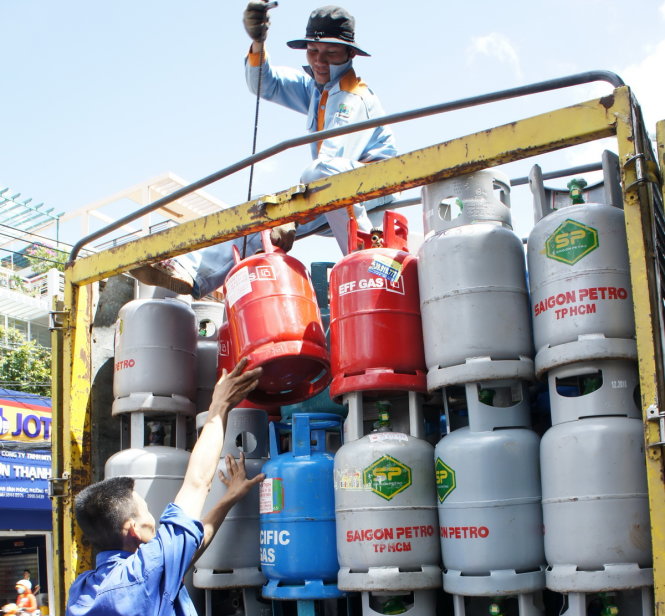 Small-scale gas distributors have blasted the Ministry of Industry and Trade for a new regulation that will make it impossible for them to compete.

In its Decree No.19/2016, effective on May 15, the trade ministry has established a number of new standards for qualified gas distributors, with some criticizing them as being unreasonably high.

Under the new rule, a gas company must possess a tank of at least 300 cubic meters for storage, and own no less than 100,000 gas cylinders and 20 retail outlets to be able to run its business.

“These requirements do not make any sense,” Tran Thi Kim Phuong, director of Tien Phat Co., a gas distributor in the central province of Quang Ngai.

Phuong has invested VND30 billion (US$1.34 million) in her company, but will have to spend up to VND80 billion ($3.57 million) in order to meet the requirements.

“I have enough gas cylinders to meet demand here, why should I buy more only to have them unused?” she told Tuoi Tre (Youth) newspaper.

Similarly, Au Duong Ti, director of a gas distributor in the northern province of Cao Bang, said it is unreasonable to require every company to have at least 100,000 gas cylinders.

Ti said he had conducted a market study and found that only 45 percent of the population of Cao Bang, a mountainous province, used cooking gas, which means only 38,000 cylinders are needed.

“We will not only have to take bank loans to do so, but also waste more money on building a place to store containers we will never use.”

Ti said that Decree No.19 will only serve to “eliminate all small- and medium-sized companies from the market.”

“This also goes against the law on competition as it will allow big companies to dominate the market.”

Nearly 20 gas businesses located across Vietnam are all but on the verge of shutdown due to the controversial decree, and they have recently come to Hanoi to lodge a mass complaint, calling on a revision of the document.

In response, Minister of Industry and Trade Tran Tuan Anh said he had “tasked competent agencies at the ministry with working to revise the decree.”