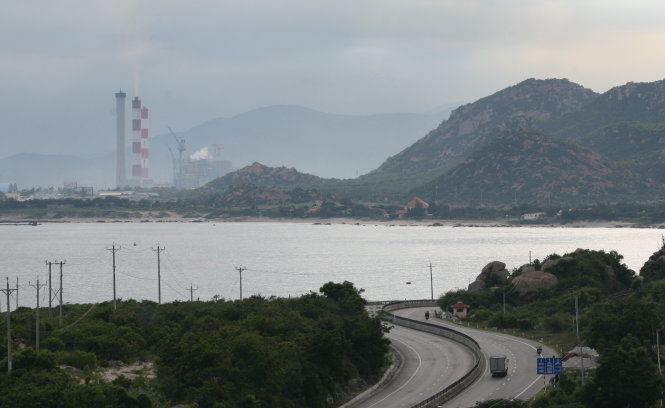 Vietnam PM yet to draw conclusion on two controversial projects

A massive steelmaking project in south-central Vietnam and a multimillion-dollar underwater tunnel in the central region, both under controversy over their necessity, have yet to receive approval or rejection from Prime Minister Nguyen Xuan Phuc.

Rather than giving a verdict on the future of the projects, the Vietnamese premier has instead requested that developers continue doing the necessary research to ensure that neither project will negatively impact the economy or the environment, according to a Government Office statement on Thursday.

In August 2016, Hoa Sen Group, a local corrugated iron sheet maker, announced plans to establish an enormous US$10.6 billion steelmaking complex in the south-central province of Ninh Thuan, one of Vietnam’s most drought-prone areas.

The project received support from the Ninh Thuan administration and the Ministry of Industry and Trade, though it is still awaiting feedback from the prime minister on whether or not it should be given the green-light.

In the meantime, authorities in the central city of Da Nang have proposed building a VND4.08 trillion (US$182.14 million) underwater tunnel beneath the iconic Han River in a bid to reduce traffic pressure.

|An artist's impression of the Da Nang submarine tunnel

On Thursday, Minister Mai Tien Dung, chairman of the Government Office, told Tuoi Tre (Youth) newspaper that PM Phuc believes there is not enough information to offer a conclusion on the future of the Ca Na project.

“The trade ministry’s report on the project fails to provide enough information that can be used as grounds to decide the fate of the project,” Dung said.

PM Phuc has tasked other ministries and agencies with continuing assessing the project, especially on such issues as its environmental impact, wastewater treatment plan, potential for air pollution, and funding.

“It cannot be denied that [Ninh Thuan] needs such a project to boost its development, but we should remain cautious,” Minister Dung said.

“The premier’s view is that we should not trade the environment for overambitious goals.”

As for the Da Nang underwater tunnel, PM Phuc also met with Da Nang authorities for a briefing on the project, eventually deciding that he could not yet determine whether or not to give it the go-ahead, according to Deputy Prime Minister Trinh Dinh Dung.

“The prime minister has requested that more research and studies on the project be carried out, focusing on its necessity, efficiency, funding plans, and designs,” the deputy premier told Tuoi Tre on Thursday.

“Only if the new report is more convincing will the prime minister agree to add the tunnel to Da Nang’s planning,” he underlined.