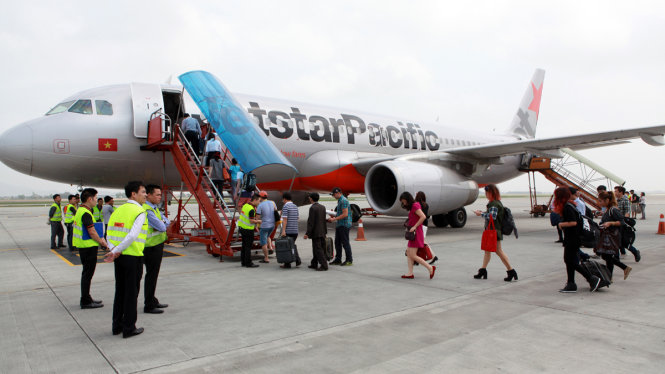 The Vietnamese aviation sector’s contribution to the state budget is not correlating to the industry’s steady growth, according to a working panel established by the prime minister.

The panel held a meeting on Wednesday with Vietnam Airlines, the Vietnam Airports Corporation, and the Vietnam Air Traffic Management Corporation – the three primary organizations controlling the country’s aviation sector – urging them to continue optimizing costs and enhancing operational efficacy.

Despite its success, the industry’s contribution to state coffers remains relatively modest, according to Minister Mai Tien Dung, the meeting’s chair and head of the Office of the Government.

“It is not good enough that a leading economic sector contributed only VND600 billion [US$26.43 million] to the state revenue over the first seven months of this year,” Dung said, citing a report.

The Government Office chairman said the sector needs to ensure more accurate financial reporting and cut unnecessary expenditures in order to increase its contribution to the state revenue.

The panel also requested that the aviation sector make serious inroads on decreasing the frequent flight cancelations and delays plaguing Vietnam’s aviation industry and drawing scorn from the public.

“We cannot just announce an hour-long delay and then ask again later passengers to wait another 60 minutes.”

In a separate development, the transport ministry announced on Tuesday that airport service fees affecting both the airlines and passengers will become effective on October 1.

Accordingly, the landing and takeoff fees for airlines at airports countrywide will be hiked by five percent, followed by an additional 10 percent on June 30, 2018.

The new scheme also stipulates that flights will be charged an additional 15 percent during peak hours and given a 15 percent discount during off-peak hours.

The ‘passenger service fee at airports,’ collected during ticket purchases from flyers by airlines on behalf of the airdromes, will be increased for domestic services at all local airports.

The fee for international flights is also set to spike at recently upgraded airdromes, such as Da Nang International Airport, from the current $16 to $20 a passenger. At Cat Bi and Vinh airports, the fee will rise from $8 to $14 per passenger.

A new ‘airport security fee,’ covering such services as baggage screening and airport and aircraft security, will be $2 per outbound passenger.

Airlines are expected to raise ticket prices in order to cover the added fees.