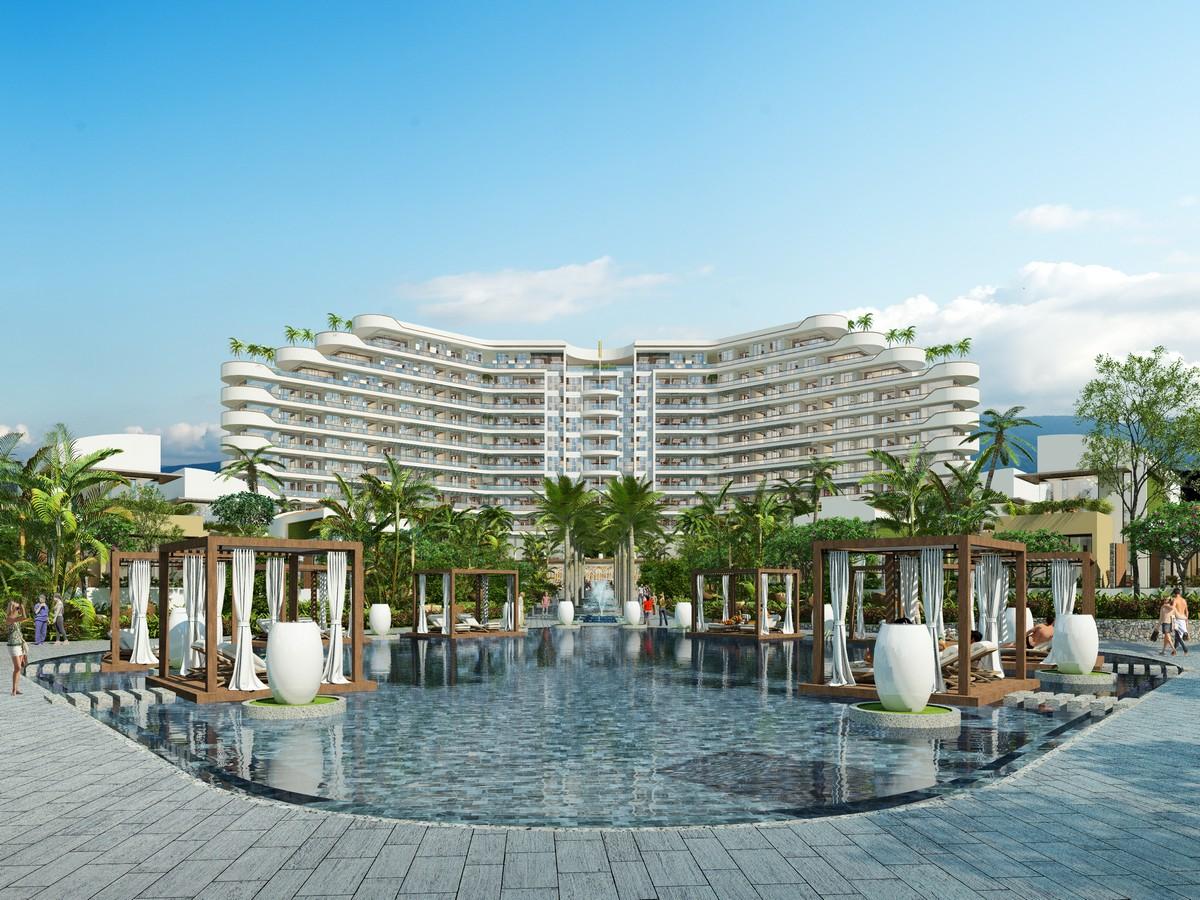 It offers a compelling opportunity to be part of a slice of this fast-developing coastal holiday destination. Mr. Michael Kelly, Executive Chairman of HTP, described the condotel and villa development as “featuring a design inspired by a luxury cruise liner with sleek nautical lines” and added that “in reinforcing the origins of its name and its coastal location, an aquatic concept has been incorporated throughout the resort design.” KAHUNA Ho Tram Strip is a 244 key resort development made up of 164 condotel units situated in a 12-story tower, 36 double key villas and eight beach front villas all for long-term lease.

HTP guarantees a return of eight percent per annum for two years of net lease cost. Following this, lessees benefit from a favorable 60/40 net rental revenue share for the remaining eight years of the rental pool agreement. In addition, lessees enjoy 21 room nights per annum in the resort. HTP, a wholly-owned subsidiary of Asian Coast Development Ltd, leads the development of the Ho Tram Strip which is located two hours from Ho Chi Minh City. It comprises 164 hectares along 2.2km of pristine beachfront and is surrounded to the west by natural forest. KAHUNA is the fifth phase of the Ho Tram Strip development, adjoining the existing 541 room 5 star Grand Hotel, Vietnam’s largest and most awarded integrated resort, and the 559 room 5 star Beach Club (the newest hotel product currently under construction). To the west are located the award-winning Greg Norman designed Bluffs Golf Course and the prestigious Gallery Villas residential development. With over $1.1 billion deployed and forward deployed capital, Ho Tram Strip represents the largest foreign invested tourism development undertaken in Vietnam and among the largest private equity investments into the country from the United States.

“The company that first brought Vegas to Vietnam and brought the best Asian Tour event that the golfing world has seen, is today thrilled to announce that we are riding that Hawaiian wave across the Pacific and onto the shores of the East Vietnam Sea with our new resort development,” Mr. Kelly said. In the future, HTP plans to develop a private international airport in the vicinity of the Ho Tram Strip aimed at further enhancing tourism to Vietnam whilst other zones of the 164 hectare land parcel are earmarked for such facilities as a Water Park, Amphitheatre, Wellness Centre, Theme Park and many more attractions. “We have made it our primary focus to ensure that the Ho Tram Strip is Vietnam’s entertainment capital. This is not just another resort development. It is a chance to be part of all the energy that has made the Ho Tram Strip what it is today,” Mr. Kelly concluded.