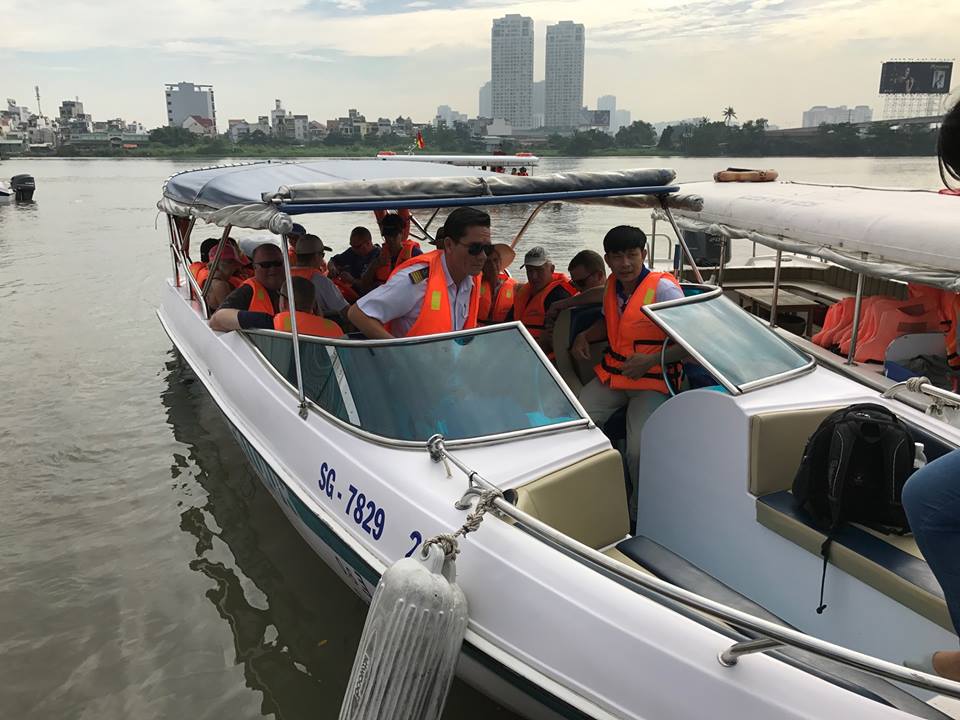 Each canoe is capable of carrying 20 passengers at maximum speeds of 50kph, Saigontourist said at the launch ceremony at the city’s Tan Cang tourism area.

While these destinations are not new to river tourism, Saigontourist says several new features on their tour routes will attract new visitors.

Similarly, the route to Can Gio will not stop at the Dan Xay ecotourism area, a common feature in other tour packages.  Instead, tourists will be taken to Can Thanh, the center of the outlying district, where they can enjoy the local market lifestyle.

Ho Chi Minh City has long been trying to boost its river tourism. Several routes have been launched but all have ceased since the shutdown of Bach Dang wharf in District 1.

In the first nine months of this year, Ho Chi Minh City welcomed 4.2 million international passengers, up 16 percent from the same period last year, according to a report by the municipal administration.