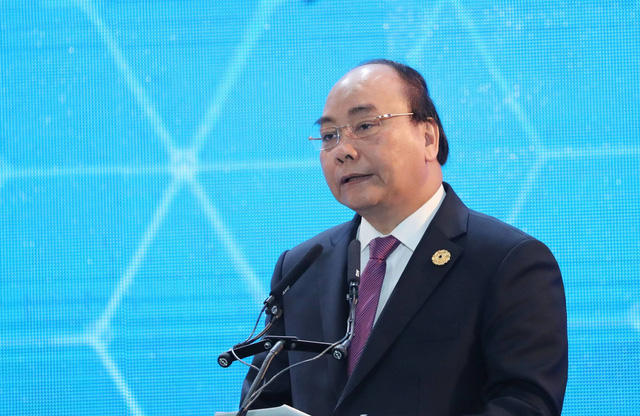 VBS is an initiative of the Vietnam Chamber of Commerce and Industry (VCCI), and is attended by Vietnamese government leaders and officials, representatives from prestigious international organizations, scholars and hundreds of business influencers from across the Asia-Pacific region.

Themed “Vietnam: We Mean Business,” VBS creates an opportunity for domestic and global businesses to meet, connect and exchange information on world trade and integration with Vietnam as well as other APEC member economies.

Vietnam’s Prime Minister Nguyen Xuan Phuc, Vice President of East Asia and the Pacific for the World Bank Victoria Kwakwa, and Philipp Rösler, managing director of the World Economic Forum, are among the attendees.

In his remarks, Prime Minister Phuc said the VBS, held during the ongoing APEC Economic Leaders’ Week 2017, will bring about “clear, comprehensive visions for the economy and favorable development policies for Vietnam.”

“At the same time [it will] open up vast opportunities for successful investment and business links with Vietnam, a fast-growing nation with great development potential that is pursuing extensive renovation and an open-door policy.”

The Vietnamese head of government briefed the summit delegates on Vietnam’s active integration with the global trade community, having signed and participated in 12 free trade agreements and negotiating four separate pacts.

In his keynote speech, the World Economic Forum managing director Rösler said that the right policies and proper legal frameworks are key factors in boosting Vietnam’s labor capacity and productivity.

Rösler also underlined that the biggest asset of Vietnam is not oil infrastructure, but its young people, who are a key factor in attracting further foreign investment.