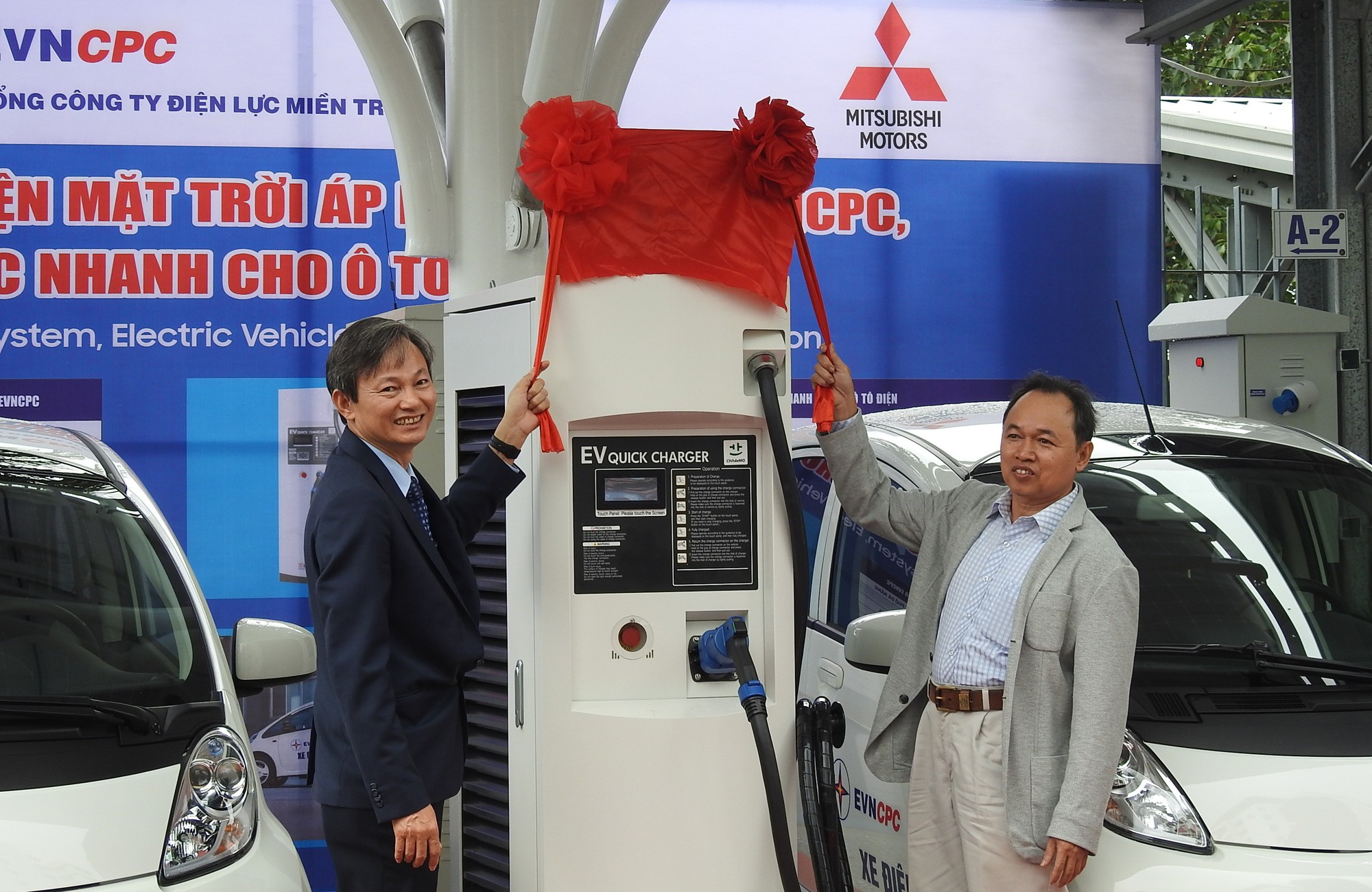 Vietnam’s Central Power Corporation has put into operation two electric cars along with the country’s first charging station in the central city of Da Nang in a bid to promote the use of clean energy.

The vehicles will be used to transport guests of EVN-CPC in the central city and are aimed at encouraging the consumption of clean energy for environmental protection and for a clean, green, and beautiful Da Nang.

The firm has also initiated a solar power system with a capacity of 50 kilowatts on the roof of its headquarters on Duy Tan Street in Da Nang City.

The project was carried out by the Central Power Electronic Measurement Equipment Manufacturing Center, under the management of EVN-CPC.

Solar panels manufactured by Japan’s Mitsubishi Electric were placed in an area of 300 square meters.

Following a two month long installation, the solar power system is now able to produce an average of 108 kilowatts per hour, accounting for 10 percent of the daily power demand of the building.

According to Tran Dinh Nhan, general director of EVN-CPC, the project is expected to be implemented at other facilities of the power corporation.

The use of clean and recyclable energy is essential for the exploitation of natural resources, contributing to environmental protection and sustainable development, the general director remarked.