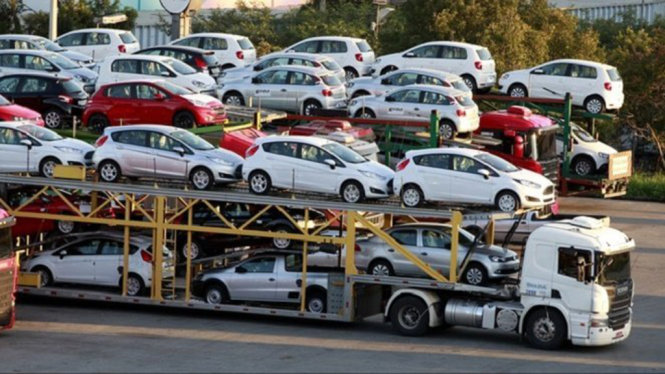 Vietnam’s completely built-up (CBU) car imports dropped in both volume and value in 2017 compared to a year earlier, as local importers had anticipated a major tax cut that kicked in at the start of 2018.

The Southeast Asian country spent US$2.154 billion importing 94,000 CBU units – vehicles manufactured and assembled in their country of origin – last year, according to the General Statistics Office.

This presents a 16.8 percent decrease in volume and 9.6 percent drop in value.

December witnessed the largest import volume, with 10,000 CBU units, worth $273 million, shipped to the country.

In the last months of 2017, car importers in Vietnam carefully adjusted their business plans against the January 1, 2018 deadline, when a new decree applying stricter requirements to car importers and a massive cut on import duty both started taking effect.

Decree 116 dictates that businesses obtain a permit for car importation from the Ministry of Industry and Trade to be allowed to operate as a car importer.

Car importers, however, were in a dilemma as they had to speed up imports before the decree entered into effect to avoid permit paperwork, while at the same time wanting to delay imports to enjoy the zero-percent duty.

In December, many businesses intentionally kept their car imports at Ho Chi Minh City seaports upon shipment instead of completing paperwork to clear customs for them, waiting for the new import duty to take effect.

As part of the ASEAN Free Trade Agreement (AFT) commitments, a zero percent tax began to be applied to cars shipped from the bloc on January 1, 2018.

Vehicles eligible for the new tax are those with an ASEAN content ratio of 40 percent or more.

In Vietnam, the most popular vehicles falling in this category are pickup trucks, Toyota Fortuner, pickup Honda CR-V, Ford Everest and Toyota Yaris imported from Thailand, Indonesia and Malaysia, according to the Vietnam News Agency.

With import duty cut by 30 percent, people in Vietnam have been anticipating that imported cars will cost less and have therefore delayed their car buying plan until this year.