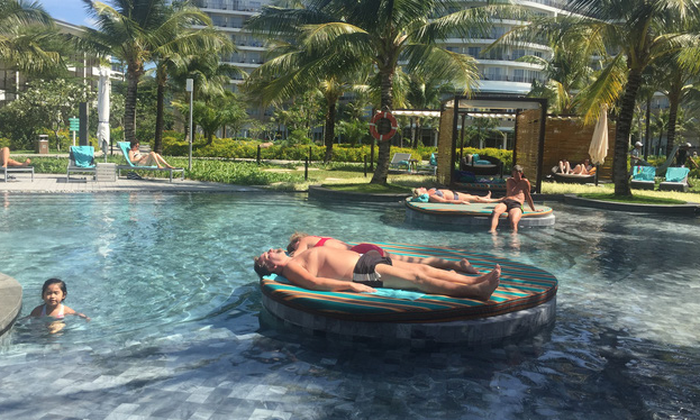 ​Number of international tourists in Vietnam increases in early 2018

The number of foreign tourists visiting Vietnam in January 2018 has risen compared to last year’s periods, according to the General Statistics Office.

The figures released reveal that Vietnam has received an estimated 1.43 million international visitors during January.

This represents an increase of a massive 42 percent year on year and 12.1 percent compared to December.

Numbering more than one million people, visitors from Asian markets accounted for the lion’s share. They generated a 53.9 percent surge compared to the same period in 2017.

The figure for tourism from Europe also witnessed a 22.8 percent climb from the equivalent point in the beginning month of last year, chiefly because January is the time for long-term rest and holidays in the continent.

As an advantage, Vietnam is becoming an ideal, safe and convenient destination for international tourists, according to travel companies.

The country’s tourism industry has enthusiastically promoted activities that attract international visitors since the beginning of 2018, according to the Vietnam National Administration of Tourism.

Between January 17 and 21 this year, the administration and many domestic travel businesses participated in an international tourism fair held in Spain, one of the largest in Europe with the presence of worldwide famous markets.

In late January 2018, Vietnam joined the ASEAN Tourism Forum in Thailand and won a number of prizes in the industry.

Vietnam has planned to welcome averagely over 1.3 million foreign tourists every month in 2018.