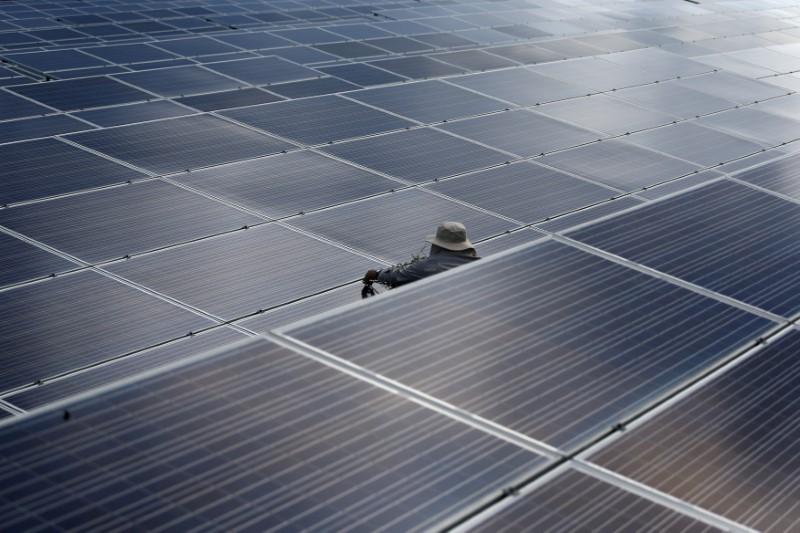 The first phase of the investment will cost 20.7 billion baht ($653.7 million) and consist of three near-shore farms with 142 MW of capacity in Bac Lieu Province, 98 MW in Soc Trang Province and 100 MW in Ca Mau Province, all in southern Vietnam, said Jormsup.

Construction has already begun and Jormsup expects the sites to be operating by 2020.

The second phase of 360 MW of capacity will also be built in those three provinces and construction will begin when the first phase concludes, he said.

Vietnam wants to meet that demand with less air pollution, he said, citing Thailand’s own problems with pollution.

“This week Bangkok had an air pollution problem,” Jormsup said, referring to a spike in pollutants in the city.

“Ho Chi Minh and Hanoi have similar problems and the Vietnamese want clean and cheap energy - this is driving renewable energy growth,” he said, adding that costs are much lower and that Vietnamese government policy on renewables is clear.

Vietnam currently has wind power capacity of 140 MW, with a goal to reach 6,000 MW by 2030, according to government data.

Financing for the Vietnam projects will come from its turnkey partner, a state-owned Chinese construction company, and the sites will be built on land leased for 49 years. The area is near existing transmission lines, the remnants of a canceled coal-fired power project, he said.

Jormsup said Superblock was considering additional investment in a 50 MW solar farm in Vietnam and would make a full decision by the second quarter of this year.

Next to Vietnam, Jormsup said Superblock plans to expand wind and solar capacity, in Cambodia, Laos, Myanmar, the Philippines, Indonesia and Malaysia. It is targeting revenue growth of 25 percent each year and to have overseas revenue contributions climb to 20 percent to 30 percent.

“We want to be a regional player,” he said, adding the company was considering acquisitions in renewable companies in Southeast Asia and was also looking at projects in China, Japan and Australia.

Thailand is Southeast Asia’s biggest solar power holder, having broken into the top 15 globally in 2016, with a capacity of more than 3,000 MW, according to the International Renewable Energy Agency (IRENA).