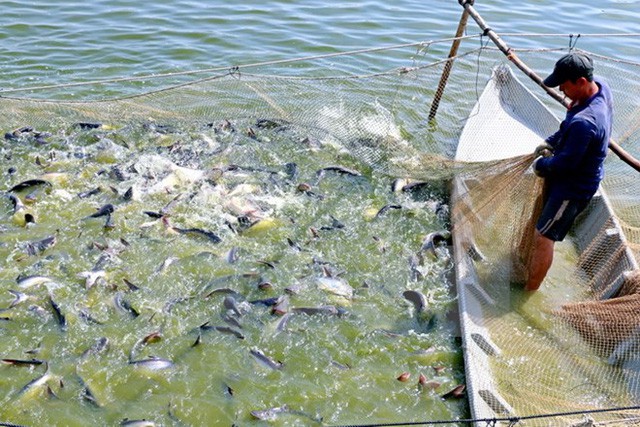 The U.S. Department of Commerce (USDOC) has slapped record high anti-dumping duties on catfish imports from Vietnamese companies, raising concerns that the Southeast Asian market will eventually fail to continue selling to this important market.

The steep tax rates were announced as the final ruling of the investigation by the USDOC into Vietnamese catfish imports, believed to affect local manufacturers in the U.S.

Two Vietnamese catfish exporters, Cadovimex II Seafoods and Hoang Long Seafoods, were both handed a record anti-dumping duty high of US$7.74 a kg, whereas other companies involved in the investigation received a duty of $3.78 a kg.

The ruling is a huge shock for Vietnam’s catfish industry, as the $3.78 a kg tax rate is nearly equal to the exporting price of Vietnamese shipments to the U.S., according to Truong Dinh Hoe, general secretary of the Vietnam Association of Seafood Exporters and Producers (VASEP).

“Vietnamese companies will no longer be able to export to the U.S. in the coming time with these high duties in place,” Hoe said.

The VASEP official also explained that the record $7.74 a kg duty was given to the two companies as they had issues with tax transparency.

VASEP and affected catfish exporters are working with lawyers to study the reasons behind the exorbitant anti-dumping duties by the USDOC to consider what steps should be taken next, according to Hoe.

More than six months ago the USDOC announced the preliminary results of the POR13, which imposed a duty of $2.39 a kg on Vietnamese catfish, three times higher than the rate set in the previous investigation.

Vietnam’s catfish exporters have faced a number of difficulties selling to the U.S. over the last two years, with anti-dumping duties repeatedly increased and new technical barriers put in place.

While 62 Vietnamese companies have registered to sell catfish to the U.S., fewer than ten exporters are actually doing business in this market. Only three of these firms enjoy significant export values to the U.S.

Companies that are given lower anti-dumping duties have to deal with another challenge – new, stricter regulations stipulated by the U.S. farm bill, or the Agricultural Act of 2014, that was signed into law on February 7, 2014.