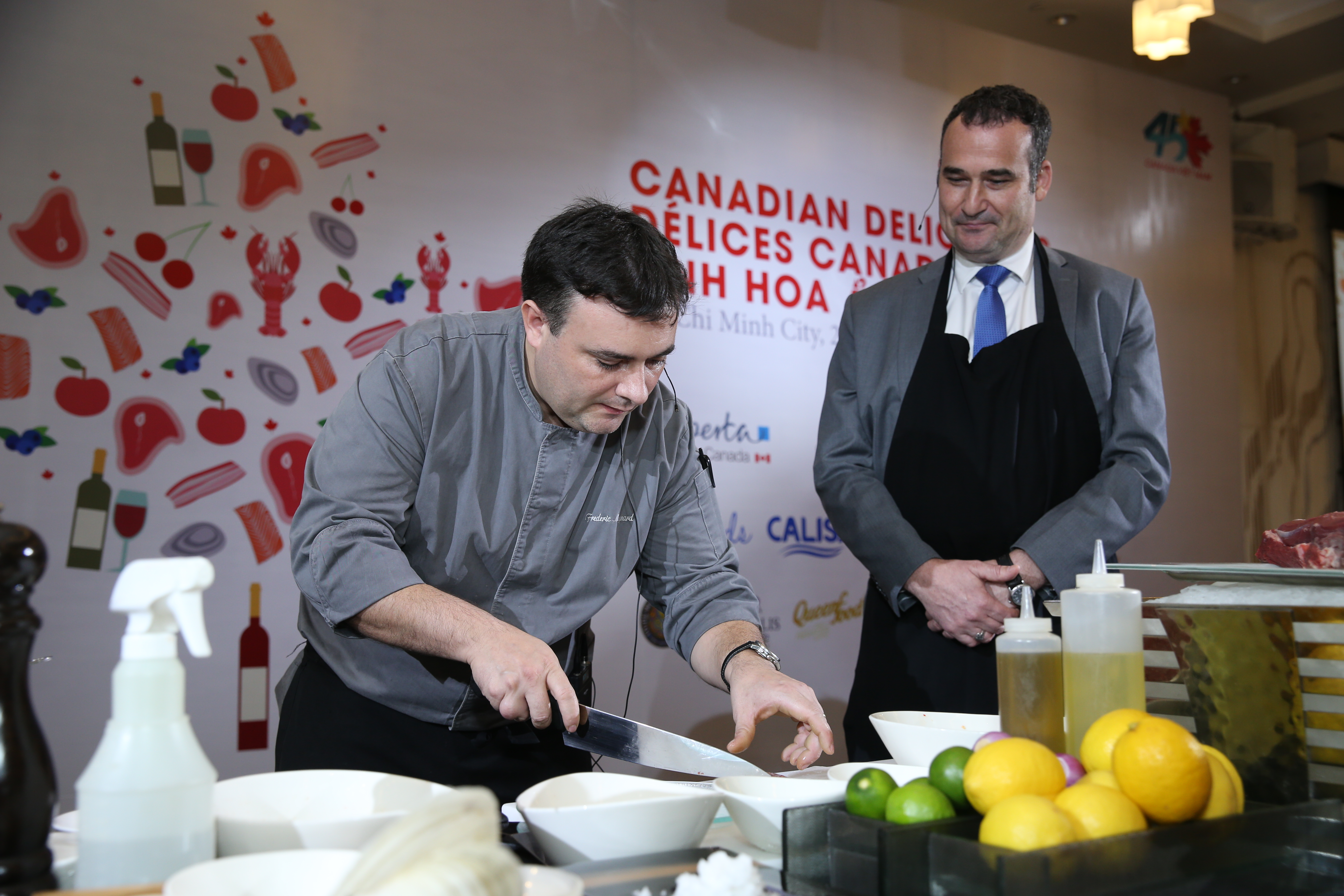 Trade between Vietnam and Canada reached C$6.136 billion (US$4.76 billion) in 2017, the Consulate General of Canada in Ho Chi Minh City announced Tuesday in a press release.

Canada has seen Vietnam its No. 1 trading partner among the 10 ASEAN countries, according to the press release.

Meanwhile, agri-food and seafood are important components of bilateral trade.

In 2017, Canada’s export of agri-food and seafood to Vietnam reached C$612.4 million ($474 million), accounting for 58 percent of the total Canadian shipments to Vietnam.

Strong growth in the past year was seen in the exportation of wheat, fish and seafood, soybean, beef and pork.

The event welcomed representatives from the Vietnamese food and hospitality industry and the media with the hope to promote the finest Canadian culinary specialties to Vietnamese consumers.

“We are proud to showcase some of Canada’s world renowned culinary specialties. Our vast and diverse land, pristine and cold water enable us to develop a world-class food industry dedicated to high-quality and tasty products while respecting the environment,” Canadian Consul General Kyle Nunas said in his remarks at the event.

“I am pleased to note the growing appreciation of Canadian food and beverage products among the Vietnamese consumers, and we look forward to further opportunities under the Comprehensive and Progressive Trans-Pacific Partnership (CPTPP) agreement,” the diplomat commented.

The year 2018 is a significant milestone in Canada-Vietnam bilateral relations as it marks the 45th anniversary of their diplomatic relations and the conclusion of the CPTPP agreement in which Canada and Vietnam are among the 11 parties.