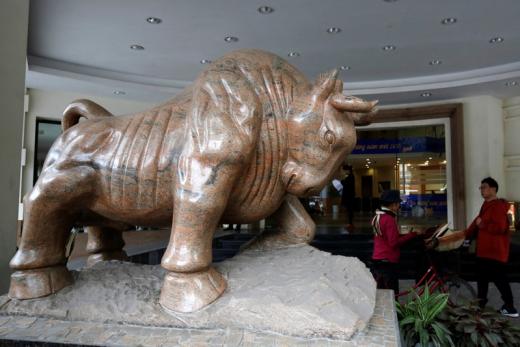 The merger is scheduled to take place by August this year, the bank said in a statement.

Each share of Petrolimex Group Commercial Joint Stock Bank, or PGBank, will be converted into 0.621 HDBank share, it said, adding that HDBank will issue 300 million new shares for the conversion.

The merger will enable HDBank to expand its client base, including with Vietnam National Petroleum Group, which holds a 40% stake in PGBank and a share of around 50 percent of Vietnam’s retail-transport fuel market.

The shareholders also approved a pretax profit target of 3.92 trillion dong ($172.15 million) for this year, a 62.2 percent increase from last year.

HDBank, a retail bank whose vice chairwoman is Nguyen Thi Phuong Thao, the billionaire founder and chairwoman of Vietjet Aviation, is targeting to grow total assets to 242.87 trillion dong by the end of this year, up 28.3 percent from end-2017.

HDBank, which listed its shares on the Hochiminh Stock Exchange in January following a $300 million IPO in November, reported pretax profit of 1.045 trillion dong in the first quarter this year, up 170 percent from a year earlier.