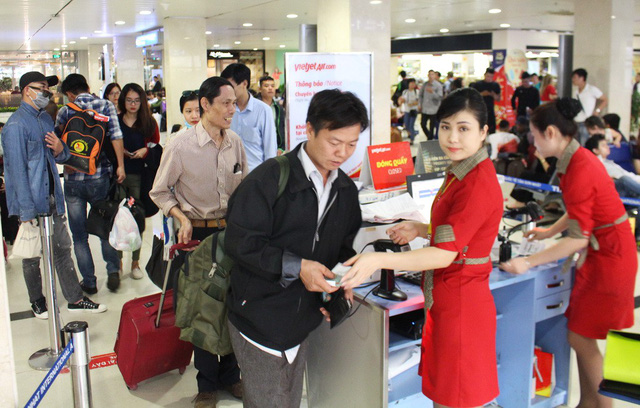 A Chinese air passenger was booked by authorities for making a false bomb threat during check-in at an airport in northern Vietnam on Thursday.

Airport security immediately searched the woman and her possessions, but found no evidence of contraband.

A representative from the Northern Airports Authority confirmed the incident later the same day, though declined to elaborate on whether a punishment was given for the incident.

Vietnamese law stipulates that passengers toting weapons, ammunition, explosives, or radioactive substances and providing false information that compromises flight safety are liable for a maximum financial penalty of VND50 million (US$2,200), as well as having their name added to a no-fly list.

In the past, impatient passengers at Vietnamese airports have also declared that they were carrying a bomb in order to prompt a sudden safety check.