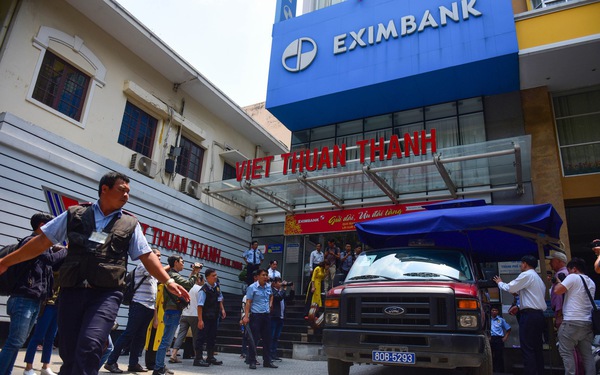 Vietnamese lender Eximbank has agreed to pay an advance of VND93 billion (US$4 million) to a depositor who had more than $10 million stolen from multiple savings accounts by a former bank leader.

The payment agreement was reached on Tuesday after both sides held private discussions for “a better understanding of the incident’s nature,” said Chu Thi Binh, the customer at the center of the high-profile case.

Binh is the largest individual depositor at the Ho Chi Minh City branch of Eximbank, making her eligible for ‘VIP’ treatment including the ability to make all transactions from her residence instead of at the bank.

Taking advantage of this status and Binh’s sole confidence in him, Le Nguyen Hung, deputy director of the branch, was able to use fake papers to steal VND245 billion ($10.8 million) from different savings books under her name between 2014 and 2016.

Hung had already fled Vietnam when Binh discovered his shadowy conduct in late 2017 and later filed a complaint demanding that the bank make a full refund of the appropriated money.

Eximbank then turned down the request and said an official court ruling was needed before any compensation was made.

The lender has also offered smaller amounts of advance payment to Binh as a “gesture of goodwill” prior to Tuesday’s agreement, but Binh rejected them all.

After receiving VND93 billion from Eximbank on Tuesday, Binh immediately re-deposited the sum into multiple savings books at the lender to demonstrate her willingness to work with the bank to resolve the issue.

The gesture was also aimed at helping Eximbank rebuild its public image and restore confidence from customers and investors, Binh said.

As for the remaining money stolen from her accounts, both sides agreed to wait for official investigation results, she added.

Binh told Tuoi Tre (Youth) newspaper the ordeal had been exhausting to her personally, insisting that no court proceedings would be needed because she was clearly in the right.

Two Eximbank employees have been arrested and prosecuted for links to the case, as police have issued an international arrest warrant for its fugitive ex-leader.