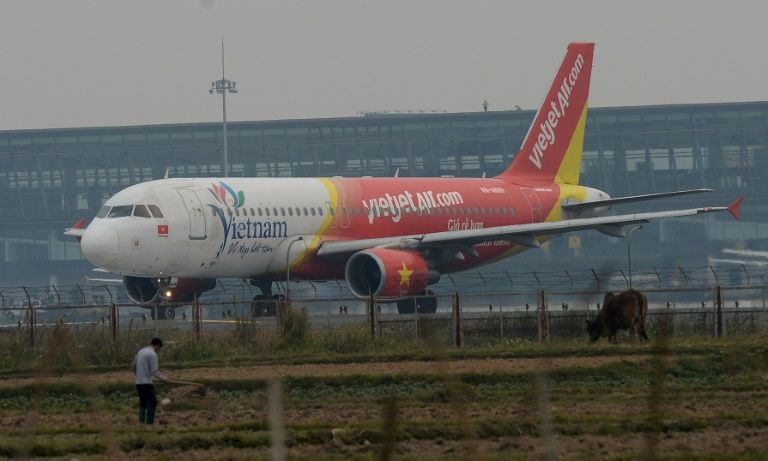 Vietnam's fast-growing budget carrier VietJet famed for its bikini-clad air hostesses signed a deal with France's Airbus on Friday for 50 planes worth $6.5 billion, according to a copy of the deal.

Airbus signed "a commercial contract with Vietjet Air for the delivery of 50 A321neo" planes, read a document of the deal from the office of French Prime Minister Edouard Philippe, who attended the signing ceremony in Hanoi during an official visit.

The pact was part of a raft of agreements signed between Vietnam and France, one of Hanoi's top European trading partners that is eager to boost investments in the Southeast Asian nation.

Vietjet also inked a Memorandum of Understanding worth $5 billion with France's Safran group for engines and equipment maintenance, the document said.

Vietnamese airlines have been eagerly growing fleets to serve burgeoning passenger numbers, where domestic travel has soared in recent years and international air travel is on the rise.

Vietjet stormed into Vietnam's airline sector in 2011 when much of the market was dominated by the national carrier Vietnam Airlines.

In just five years Vietjet quickly caught up with Vietnam Airlines to capture 42 percent of the domestic market in 2016, and 27 percent of the total market, according to data from the CAPA Centre for Aviation.

Over the past two years it has turned its attention to adding more international routes to its roster, including to Japan, South Korea and Taiwan, as it seeks to serve Vietnam's growing middle class with a thirst -- and budget -- for travel.

The number of passengers travelling internationally jumped to 30 million in 2017 from 23 million the year before, according to official Vietnam aviation data.

From foes to friends

The French premier is in Vietnam for a three-day visit largely aimed at drumming up business deals with one of Asia's fastest growing economies, which clocked 6.8 percent GDP growth last year.

Both sides signed deals worth a total of nearly $12 billion, including in the energy and IT sectors.

Trade between the former colonial foes has boomed in recent years, and France is now Vietnam's third leading European trading partner after Germany and Italy, with two-way trade hitting $7.6 billion last year, according to the French Prime Minister's office.

Vietnam, an export-driven manufacturing hub with a population of 93 million people, has eagerly courted trading partners in Europe after the United States pulled out of the sprawling Trans-Pacific trade pact that Hanoi stood to gain enormously from.

Philippe visited Dien Bien Phu on Saturday, the site of the epic battle between France and Vietnam in 1954 that would spell the end of France's colonial empire in Indochina and pave the way for Vietnamese independence.

The French premier's trip also includes a stopover in the bustling economic hub Ho Chi Minh City on Sunday where he will inaugurate a French medical centre and host a business forum with French tech entrepreneurs before heading to New Caledonia.