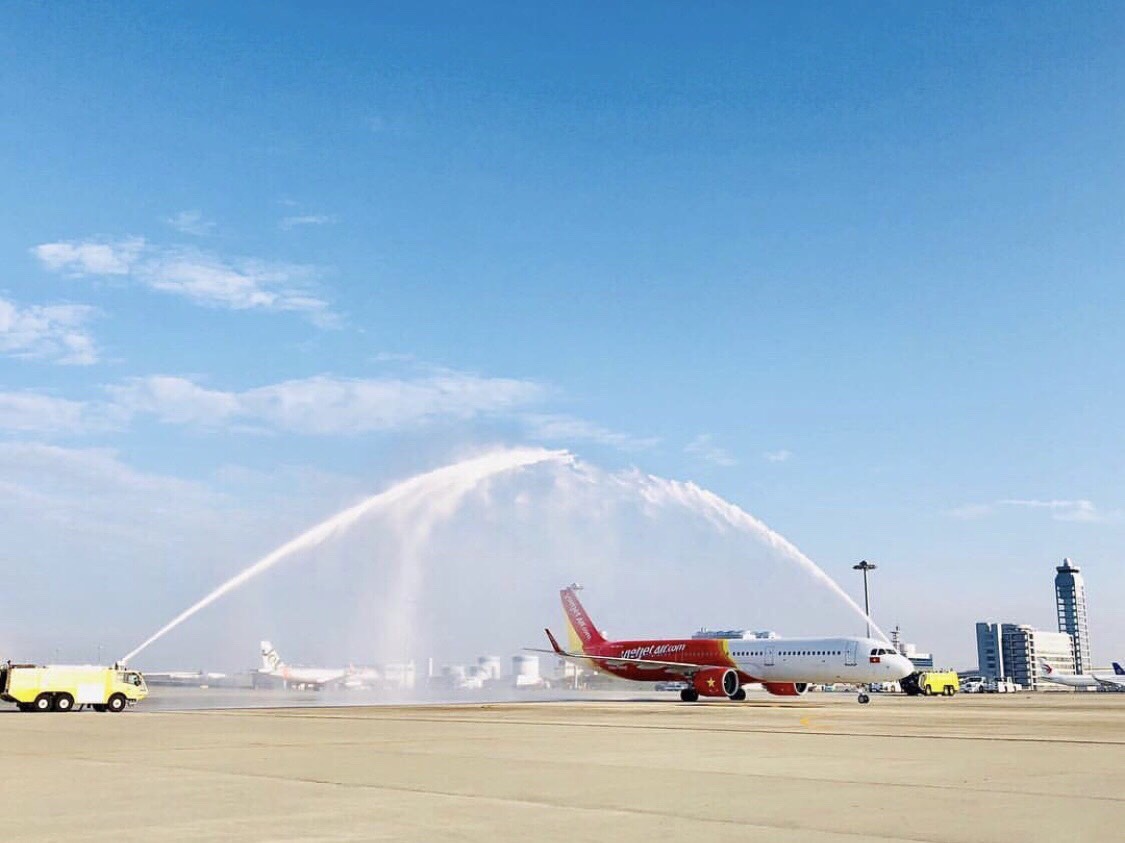 A traditional Japanese celebration was held after the inaugural flight from Hanoi touched down at Kansai International Airport in Osaka.

Vietjet representatives handed out souvenirs to all passengers aboard both flights.

With the inauguration of this direct route which uses Vietjet’s new and modern A321neo aircraft, passengers can travel between Hanoi and Osaka on a daily basis in just a little more than four hours.

Flights depart each day from Hanoi at 1:40 am and arrive in Osaka at 7:50 am. Return flights to Vietnam leave Osaka at 9:20 am and land in Hanoi at around 1:05 pm. All times are local.

The Osaka-Hanoi service is the first international route for which Vietjet and Japan Airlines will offer flights under a code-share agreement, where a seat can be purchased from an airline on a flight that is actually operated by another airline under a different flight number or code.

The low-cost Vietnamese carrier also plans to launch two other routes to Japan from Vietnam, including a Ho Chi Minh City-Osaka route on December 14, 2018 and a Hanoi-Tokyo route from January 11, 2019.