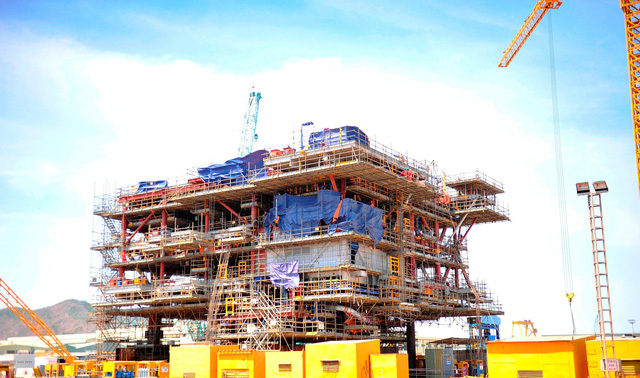 A Vietnamese company has won an international contract worth US$300 million to build a drilling platform in Qatar.

The project, named Al Shaheen, is a production oil and gas field off the northeast coast of Qatar in the Persian Gulf.

The contract package, worth $300 million, includes the construction of three wellhead platforms, each weighing more than 3,000 metric tons, along with three connecting bridges.

The deal calls for PTSC M&C to collaborate with TechnipFMC, a contractor from the United Kingdom, to establish a detailed design for the structures.

The Vietnamese company will also purchase necessary material and equipment, manufacture, install, and carry out test runs for the three wellhead platforms.

The manufacturing phase is expected to be conducted at PTSC M&C’s warehouse in Vung Tau City, Ba Ria-Vung Tau Province, from the second quarter of 2019 to the first quarter of 2021.

This process is anticipated to create job opportunities for over 3,000 Vietnamese laborers, Thang said.

The firm has previously built drilling platforms in Malaysia, France, and India, he added.

Established on May 15, 2001, PTSC M&C is managed by the PetroVietnam Technical Services Corporation (PTSC), a subsidiary of state-run oil and gas group PetroVietnam.