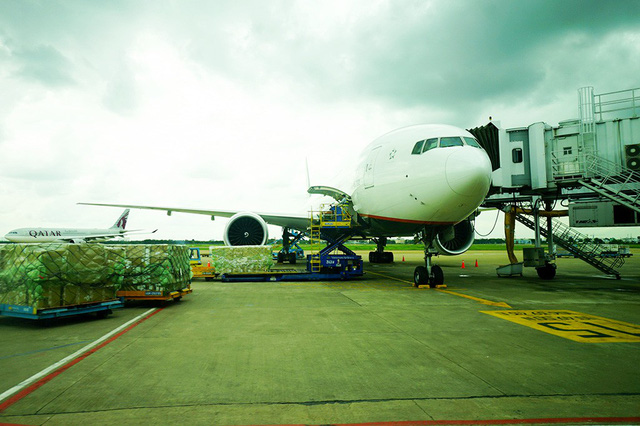 As many as 68 foreign airlines based in 25 countries and territories outside of Vietnam currently offer services to and from Vietnamese airports, especially small airdromes, the Civil Aviation Authority of Vietnam (CAAV) said in a recent report.

The latest foreign airline joining the race to launch routes to the Southeast Asian country is South Korea’s Jeju Air.

The low-cost carrier on Saturday inaugurated a service linking Vietnam’s central city of Da Nang to the southeast South Korean city of Daegu, with seven flights a week.

Besides opening the new route, the Jeju island-based airline also plans to increase the number of weekly flights from Muan County in South Korea’s southwestern province of South Jeolla to Da Nang to seven, bringing the total number of flights between Vietnam and South Korea operated by Jeju Air to 63 per week.

In mid-November, the first direct flight from Ho Chi Minh City to Zurich, also the maiden nonstop air route connecting Vietnam with Switzerland, was put into operation, with two services per week.

The race to open new routes to Vietnam among foreign carriers is anticipated to continue in 2019, according to Vu The Phiet, general director at the Vietnam Airports Corporation (VAC), which manages the country’s 21 airports.

For instance, at least three more foreign airlines will launch new services to Phu Quoc, a destination popular with international holidaymakers, in the near future, Phiet elaborated.

Vietnam’s biggest and busiest airdromes, Tan Son Nhat International Airport in Ho Chi Minh City and Hanoi-based Noi Bai International Airport, have been dropped out of the carriers’ development plans as the airlines are concerned that airport overload may affect their on-time performance.

In fact, the airport crowding has prompted a number of foreign airlines to cut down their flights to these two busiest airports of Vietnam.

Particularly, in a recent proposal to the CAAV, one Russian airline has asked to reduce its flights to Tan Son Nhat and to open new services to two smaller airports, Lien Khuong Airport in the Central Highlands province of Lam Dong and Tuy Hoa in the south-central province of Phu Yen.

Likewise, Etihad Airways, the national carrier of the United Arab Emirates, has announced plans to lower the number of its flights to Tan Son Nhat to four from seven, according to CAAV.