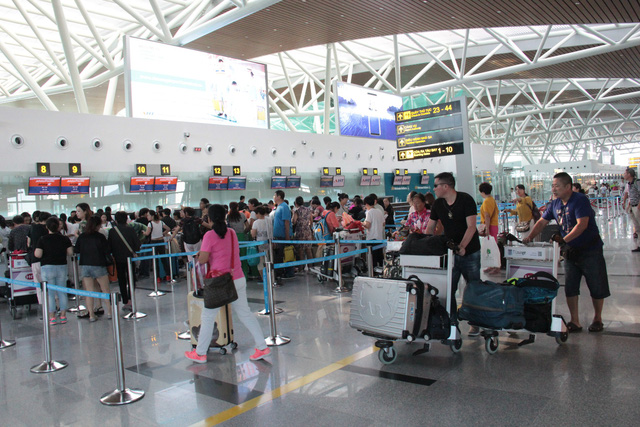 Airports Corporation of Vietnam (ACV), which manages the country’s 21 airports, has urged relevant ministries and agencies to approve the detailed plan for construction of a new terminal at Da Nang International Airport, as officials hope to more than double its capacity by 2030.

The VND9 trillion (US$391 million) T3 terminal, designed to handle up to 15 million passengers and 100,000 metric tons of cargo yearly, will be built alongside two existing ones – T1 and T2 – at the international airport in the central city of Da Nang.

A third terminal will help raise the capacity of Vietnam’s third-largest airport to 28 million passengers and 200,000 metric tons of cargo upon its planned completion in 2030, according to ACV deputy general director Le Xuan Tung.

The new terminal will also promote connection in trade, investment and tourism in the key economic zones of central Vietnam that include Hue, Da Nang, Quang Nam and Quang Ngai, Tung was quoted on Tuesday as saying by the Vietnam News Agency.

The T3 project was first proposed by ACV in early 2018 as part of its revised master plan for the central airport. Tung said the ACV has called on relevant ministries and agencies to expedite the approval process for the detailed plan for the construction of the new terminal.

With two terminals, the central airport has a design capacity of 13 million passengers per year from 2020.

It had been already crowded by 2018 with more than 13.3 million passengers serviced annually.

It is an important gateway to the central and Central Highlands region of Vietnam and plays an important part in connectivity of the East-West Economic Corridors linking the country with neighbors Thailand, Myanmar, and Laos.