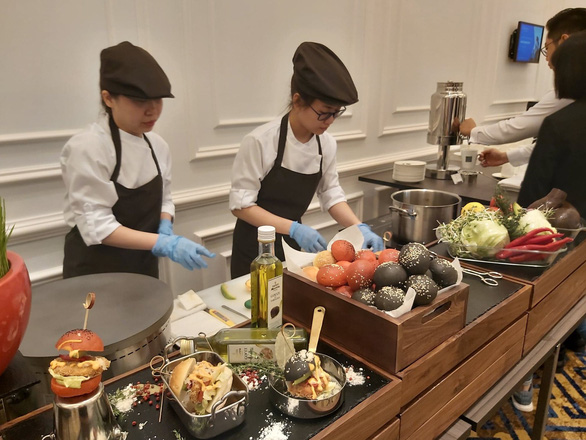 Five-star hotels scored higher than their four-star counterparts in different performance criteria in the latest survey on upscale lodging industry in Vietnam by Grant Thornton.

Occupancy rate of five-star rooms slightly increased by 0.5 percent while four-star’s dropped by one percent in 2018 compared to the year earlier, according to the Vietnam Hotel Survey released on Thursday.

The this year’s survey marks the 16th consecutive year Grant Thornton has conducted the only comprehensive research on upscale hotels and resorts in the Southeast Asian country, the accounting and consulting firm said on its website.

The latest Vietnam Hotel Survey, which assessed the upscale hotels by star ranking and locations in 2018 compared to 2017, found that five-star hotels in Vietnam performed better than their four-star opponents in several sides, not just in occupancy rate.

While five-star hotels continued to see their room rates increase by 4.1 percent from 2017 to 2018, four-star’s room rates dropped by 2.3 percent.

Four-star’s RevPAR, in contrast, showed a decrease of 3.6 percent compared to the previous year.

Across reservation channels, four-star had a heavy fall of 7.1 percent in rooms booked through travel agencies and tour operators (TA/TO) while five-star fell by 2.8 percent.

Overall, five-star hotels are shown to be embracing more digital development than four-star.

Of the surveyed hotels, 95.5 percent of five-star answered that they applied data mining and analysis in their operation, while the figure of four-star was 77.8 percent.

Digital marketing via social channels such as Facebook, Twitter and the like continues to be the upscale hotels’ priority, as 100 percent and 96.3 percent of participants, respectively shared that they used this effective channel to gain more awareness from social network users.

According to Karim Klaa, New World Saigon’s acting general manager, several prominent five-star hotels in Ho Chi Minh City such as New World, Caravelle, and Renaissance will adjust their room rates in the next 12 months due to upgrade and renovation.

According to statistics of the Vietnam National Administration of Tourism, the year 2018 recorded a total of 2,400 new accommodations, of which 83 accommodations were registered as three to five-star properties.

These new high-end facilities are both from existing brands and from new brands or even new operators.