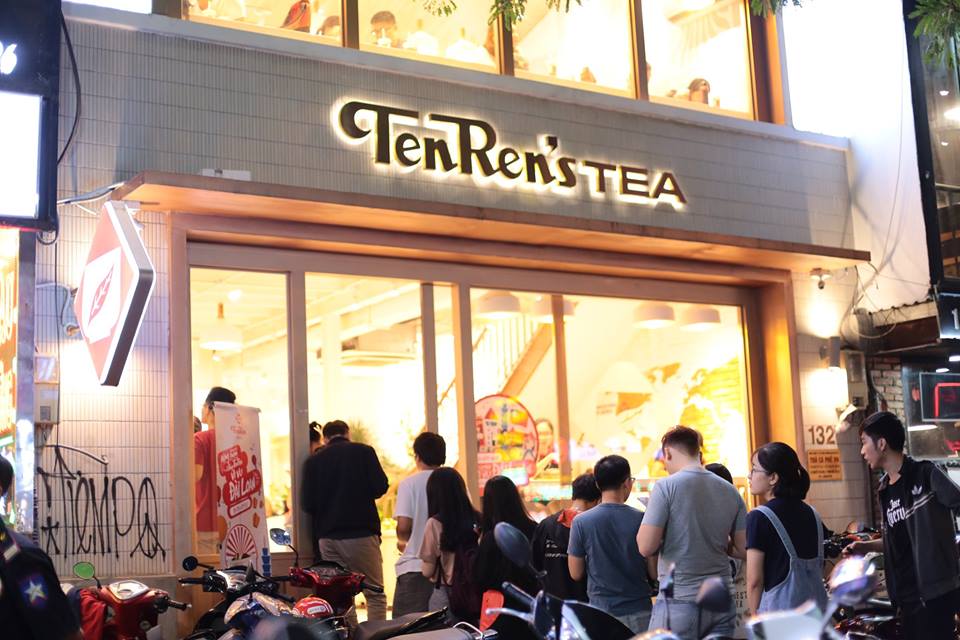 Ten Ren's Tea, the largest tea chain in Taiwan, will shutter all outlets in Vietnam not later than mid-August due to an “incompatible” business model, its official Vietnamese franchisee announced Monday.

The closing of all 24 Ten Ren's Tea stores in the Southeast Asian country began on Monday, with August 15 being the last day of the chain’s operations in Vietnam, VN Coffee Tea Service Trading Corporation said in a statement the same Monday.

The corporation is the exclusive franchisee of the Ten Ren's Tea brand in Vietnam.

It operates The Coffee House, the second-largest coffee chain in the country, according to a 2019 report by Vietnamese market research firm VIRAC.

Founded in 1953, Ten Ren's Tea is the largest tea manufacturer in Taiwan and has over 2,000 stores at home and in mainland China, Vietnam, the Philippines, Indonesia, Australia and North America.

The brand started out as a retailer of traditional tea but it has branched out into bubble tea in recent years.

The first Ten Ren's Tea store in Vietnam was opened in November 2017 in Ho Chi Minh City during a bubble tea craze in the Southeast Asian country, where stores selling the tea-based drink with chewy toppings were mushrooming.

The Coffee House said at the launch of its first Ten Ren's Tea outlet that it looked to open 40 stores by the end of 2018.

However, the franchise has since expanded its Vietnam network to only 23 locations in Ho Chi Minh City and one outlet in neighboring Bien Hoa City.

In its Monday statement, The Coffee House said it decided to close all Ten Ren's Tea stores in Vietnam after realizing that the franchise’s business model is “incompatible” with local customers’ demands.

“As outcomes of our Ten Ren's Tea business have not been up to expectations, we will cease operations of this franchise and refine our strategy for the market,” the statement said.

All current Ten Ren's Tea employees will be trained for re-employment at The Coffee House outlets as the company looks to focus on expanding the coffee chain in the Vietnamese market, a company representative told Tuoi Tre (Youth) newspaper.

Customers who join Ten Ren Vietnam’s app-based membership program will have their membership progress transferred to an equivalent plan of The Coffee House’s loyalty program, the representative said.

In a Facebook post on Monday, Ten Ren Vietnam conveyed their thanks to “a large number of loyal customers” for their “affectionate love” and support for the brand.

“Two years is not a long time but it was enough to create good memories,” Ten Ren Vietnam wrote.

“We hope Ten Ren's Tea has been a part of your beautiful youth.”