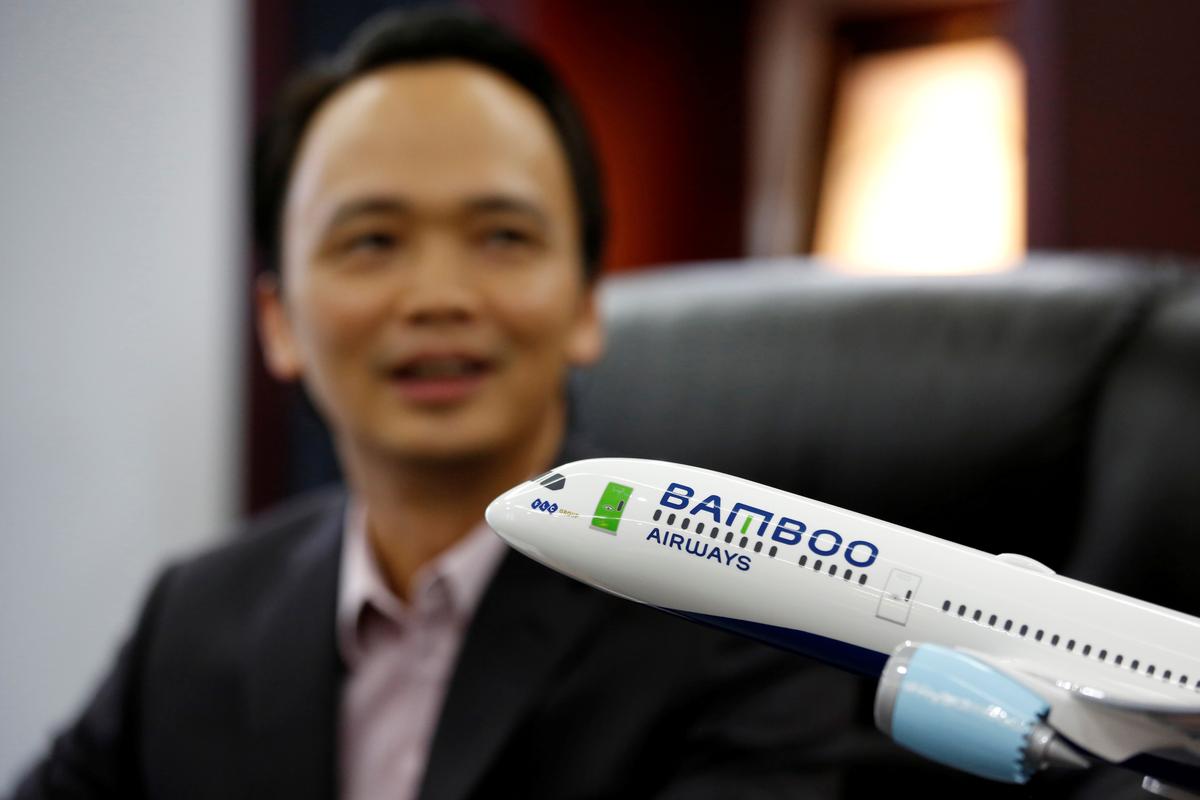 It is not a pipe dream to set a goal for Bamboo Airways to be the first Vietnamese airline to operate direct flights to the U.S., Trinh Van Quyet, chairman and general director of Vietnam's newest airline, said at a seminar in Hanoi on Thursday.

Quyet, who is also chairman of Bamboo’s parent company FLC Group, made the statement at the group’s “Vietnam – U.S. Direct Route: Ready for Taking Off” seminar, held in association with the Vietnam Association on Aviation Science and Technology (VAAST).

Many have regarded his ambitions as nothing more than empty talk, Quyet told the audience.

“While I’m not a man of few words, my actions do speak many times louder than words,” Quyet said, adding that Bamboo Airways has maintained the best on-time performance and safety record in Vietnam since commencing its first flight in January.

The carrier ensured a 100-percent aviation safety rate on all of its 6,600-strong flights flights while its punctuality rate reached over 95.2 percent in the first half of 2019, according to a company report.

With more than two million Vietnamese in the U.S. and an estimated Vietnam-U.S. aviation traffic of around 700,000 passengers yearly, there is no doubt a direct flight between the two markets would be profitable, Quyet asserted at the seminar.

In February, the U.S. Federal Aviation Administration awarded Vietnam a “Category 1” (CAT 1) rating, a recognition that the country complies with international safety standards, making Vietnamese airlines eligible for operating direct flights to the U.S. and codeshare with American carriers.

There are currently no non-stop flights between Vietnam and the U.S., despite a large market catering to tourism and visits by friends and relatives.

Vietnam Airlines, Vietjet Air and Bamboo Airways have all expressed the desire to fly to the U.S.

In the early stage after launching direct Vietnam-U.S. flights, Bamboo can offer return tickets at a discounted price of around $1,100, accepting a loss of around $605,000 per flight to build its customer base.

Afterwards, the company can start making a profit by raising prices by around $200-300 per return ticket, which is still cheaper than most current transit flights between Vietnam and the U.S., Quyet said.

The Bamboo Airways chairman said the hybrid carrier expects to launch its direct Vietnam-U.S. service in December 2020 or early 2021.

A fleet of modified Boeing 787-9 jets, which will be used by Bamboo to operate the route, will be delivered in October this year, he added.

Vietnam’s air transport has maintained an average growth rate of over 16 percent annually over the last decade, said VAAST President Tran Quang Chau at the seminar.

While Vietnam’s CAT 1 status is the first step for the country’s airlines to launch direct flights to the U.S., there are still the remaining steps to be taken, including Vietnamese airports earning approval of compliance with ICAO security standards and recommended practices from the U.S. Transportation Security Administration, and Vietnamese airlines earning the Economic Authority certificate issued by the U.S. Department of Transportation, Chau said.

The number of passengers flying between Vietnam and the U.S. grew eight percent annually on average between 2010 and 2017, according to statistics from the Civil Aviation Authority of Vietnam.

Last year, about 107,000 Vietnamese people traveled to the U.S while more than 687,000 U.S. visitors came to Vietnam, according to the same source.