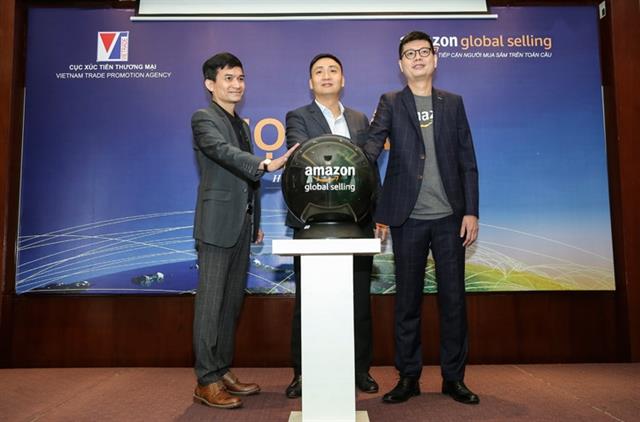 Amazon Global Selling, a program which allows sellers to list and sell their products on Amazon’s global marketplaces, has officially established a specialized team in Vietnam to support local vendors.

Amazon is the world’s largest e-commerce marketplace run by Amazon.com, Inc., an American multinational technology company based in Seattle, Washington.

With the new team, Amazon Global Selling will help train Vietnamese businesses about selling their products on Amazon, the Vietnam News Agency reports.

Vietnamese sellers will be able to sell their products to 300 million global buyers, including more than 100 million premium customers of the Amazon Prime paid subscription service, Tay was quoted by the state media as saying.

Amazon Global Selling will also provide support to Vietnamese sellers wishing to expand their businesses and build trademarks, he said.

Amazon, which started out selling books, has emerged as one of the Big Four technology companies along with Alphabet Inc, Apple Inc and Facebook Inc, and is a leading cloud services provider, according to Reuters.

The retail giant reported a revenue of US$63.4 billion, with international sales growing 12-percent to $14.9 billion, in the second quarter of 2019.