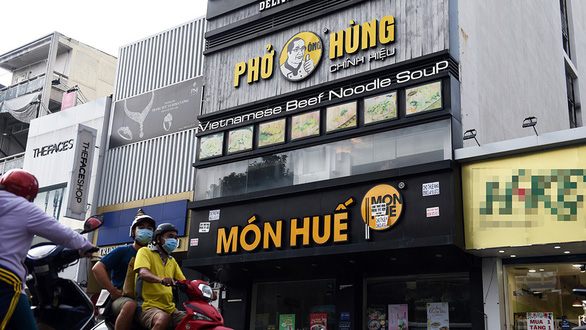 Ho Chi Minh City’s tax department has requested that the municipal Department of Planning and Investment withdraw the business license granted to Mon Hue – a national restaurant chain that has closed outlets en masse over the last two weeks.

Meanwhile, a group of six investment firms filed a lawsuit against the chain’s founders on October 24 for illegally maintaining control over large amounts of cash and property.

Nha Hang Mon Hue Co. Ltd, the restaurant brand’s direct operator, is registered at 7 Cao Thang Street in Ho Chi Minh City’s District 3 and is a subsidiary of Huy Vietnam – a food and beverage group which became fully foreign-owned in 2016.

Since the company’s founding in 2006, Huy Vietnam’s founders – Huy Nhat and Ngo Thi My Hanh – have expanded the business to include more than 200 restaurants across Vietnam, with Mon Hue accounting for half of the company’s outlets.

Since then, Huy Nhat and Ngo Thi My Hanh have both gone off the grid and have been completely unreachable.

The Ho Chi Minh City tax department recently affirmed that Nha Hang Mon Hue Ltd. seems to have vacated its registered address in District 3, according to a statement given to Tuoi Tre (Youth) newspaper by Le Duy Minh, deputy head of the municipal tax department.

According to Minh, the tax department announced the nullification of Nha Hang Mon Hue’s invoices approximately one week after it originally froze the company’s bank account.

The taxman also requested that the municipal Department of Planning and Investment revoke the enterprise’s business certificate.

According to the tax department’s branch in District 1, where five Mon Hue restaurants are located, Nha Hang Mon Hue Ltd., had accrued VND800 million (US$34,400) in VAT arrears as of September 2019, a portion of which was eventually collected by the department through various coercive measures.

In October, Nha Hang Mon Hue still owed VND600 million ($25,800) in VAT arrears – a sum the district’s tax department has been unable to collect as the firm’s bank account had been emptied.