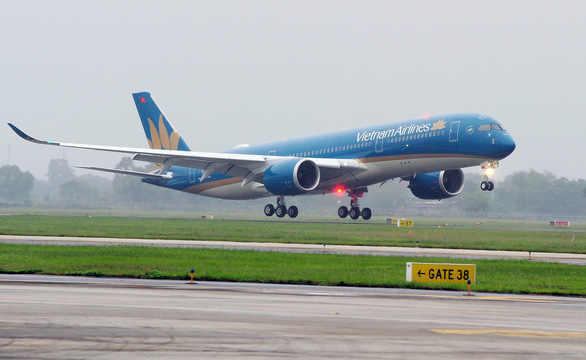 Vietnam Airlines on Wednesday said it would reroute flights away from Iranian and Iraqi airspace in the wake of heightened tensions in the Middle East.

The carrier will redirect its flights to keep a distance from areas that can be affected by the latest developments in the region, according to the national airline's representative.

The Vietnam Airlines representative said that although its regular flights to and from Europe do not fly over Iran and Iraq, it has made the adjusted routes even further away from the respective airspaces to ensure absolute safety for its planes.

The representative added that the adjustments to the flight paths will be maintained until the Middle East tensions end, despite major incurred costs.

This is not the first time the carrier has made such adjustments.

Vietnam Airlines diverted its flights departing from and arriving in Europe in order to avoid the Black Sea, an area at high risk of being affected by the Syrian conflict in 2018.

On Wednesday, several major airlines in Southeast Asia also said they were rerouting flights to avoid the airspaces over Iraq and Iran after the U.S. Federal Aviation Administration (FAA) banned its carriers from the area.

Singapore Airlines, China Airlines, and Malaysia Airlines were among those.

Although these airlines are not directly affected by the FAA ban, their operators typically consider U.S. advice carefully when deciding where to fly.

The FAA airspace ban also includes the Gulf of Oman and the waters between Iran and Saudi Arabia, "due to heightened military activities and increased political tensions in the Middle East, which present an inadvertent risk to U.S. civil aviation operations."