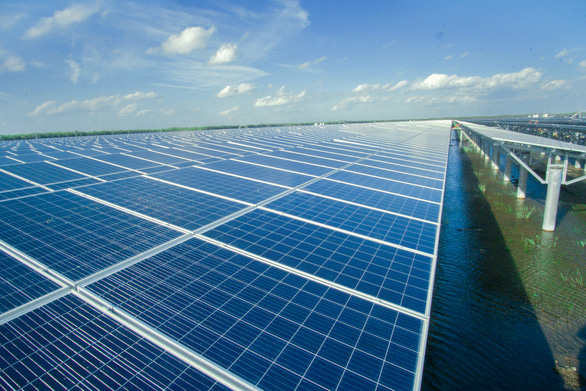 Construction of the solar farm began on November 6, marking the shortest construction time of less than two months among solar farms under 50 MW in the country.

It will generate around 70 million KW of electricity annually, meeting power needs of 26,000 households and reducing CO2 emissions by 19,000 metric tons a year.

According to the provincial Department of Industry and Trade, with an average annual lighting time of 2,550-2,700 hours and radiation potential of about 4.67 kWh/sqm per day, Vinh Long has favorable conditions for the development of solar power projects.

The project marks an important milestone in the province’s energy sector.

It will help boost economic growth, create jobs, add energy to the national grid system, ensure energy security, and contribute to the protection of natural resources and the environment.

BCG Energy is one of the pioneers in clean energy development in Vietnam.