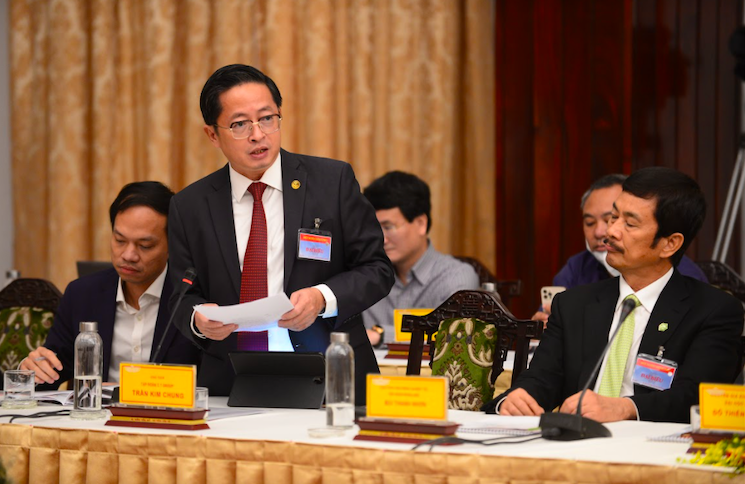 At the conference ‘Dialogue 2045,’ held in Ho Chi Minh City on March 6, Tran Kim Chung, chairman of the board of directors of C.T Group, said that it is necessary to focus on investing in the young generation.

In his opinion, until 2045 it will be a shortcoming if one does not mention young people.

Chung shared that C.T Group will focus on six major programs in accordance with its vision for 2045.

First, it will construct affordable houses for young people and develop talented young human resources, with a view to building young urban areas around big cities.

Fourth, it will found four leading tech start-ups: Fintech, Proptech, Cell Tech, and Flytech. Until now, the technical infrastructure for two of the companies has been completed.

Fifth, the group will join hands with city authorities in preventing inundation and building a green environment by restoring the project of the Vinh Loc ecological lake in Binh Chanh, Ho Chi Minh City.

C.T Group's programs have been formulated on the basis of the long-standing strengths of Vietnam such as the country’s geographical location, its population, and Vietnamese intelligence, according to Chung's explanation.

He proposed that the government support enterprises in launching the ‘Invest in Vietnam’ campaign in global media such as Bloomberg and CNN, advertising that Vietnam is an epitome of combating the COVID-19 pandemic while still maintaining economic growth.

The government should also cut red tape, streamline administrative procedures, and guide companies through to sustainable development as well as global market conquering, the board chairman suggested.

In the short term, government agencies should quickly complete a comprehensive legal framework for public-private partnerships.

In addition, the government needs to heavily invest in activities supporting intelligent young people who have aspirations and quickly complete a legal framework for the development and application of Cell Tech and Flytech, for there is currently no such legal framework.

In particular, the heavy investment should focus on transport infrastructure from Ho Chi Minh City to southwestern provinces and on developing educational infrastructure for the Mekong Delta to foster future human resources.